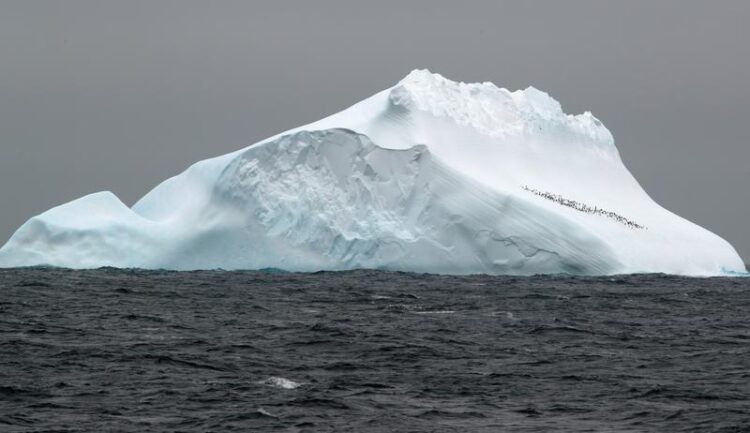 The material could be dated to one million years. Such old material demonstrates that sedimentary DNA can open the pathway to study long-term responses of ocean ecosystems to climate change. This recognition will also help assessing current and future change of marine life around the frozen continent. The study appeared in the journal Nature Communications.

Antarctica is one of the most vulnerable regions to climate change on Earth. Studying the past and present responses of the polar marine ecosystem to environmental and climate change is therefore critical and urgent. Sedimentary ancient DNA (sedaDNA) analysis is a new technique that helps decipher ‘who’ has lived in the ocean in the past and ‘when’. Also, times of major changes in composition can be related to changes in climate. Such knowledge can help us to make predictions about how marine life around Antarctica is going to respond to ongoing and future climate change.

An international team used sedaDNA to investigate changes in marine organism structures in the Scotia Sea over the last 1 million years, using sediments acquired during IODP Expedition 382 ‘Iceberg Alley and Subantarctic Ice and Ocean Dynamics’ in 2019. First, the team undertook extensive contamination control to ensure that sedaDNA signals are authentic, including, for example, the investigation of characteristic age-related damage patterns in the recovered DNA fragments. They were able to detect ancient DNA as old as one million years.

“This comprises by far the oldest authenticated marine sedaDNA to date” explained Dr. Linda Armbrecht, the lead investigator from the University of Tasmania, Australia. Amongst the detected organisms were diatoms as key primary producers whose DNA was detected back to half a million years.

The data also shows that diatoms were consistently abundant during warm climatic periods. The last such change in the food web of the Scotia Sea occurred about 14,500 years ago. “This is an interesting and important change that is associated with a word-wide and rapid increase in sea levels and massive loss of ice in Antarctica due to natural warming”, added Dr. Michael Weber, second author of the study from the University of Bonn. The warming apparently caused in increase in ocean productivity around Antarctica.

The study demonstrates that marine sedaDNA analyses can be expanded to hundreds of thousands of years, opening the pathway to the study of ecosystem-wide marine shifts and changes to paleo-productivity throughout many ice-age cycles. These periods of natural climate change can also give insight into the current and future, human-induced climate warming and how the ecosystem might respond to it.

The lead institutions of the study were the University of Tasmania and The University of Adelaide in Australia. From Germany, the University of Bonn, the Alfred Wegener Institute, Helmholtz Centre for Polar and Marine Research Bremerhaven, and the GEOMAR Helmholtz Centre for Ocean Research Kiel participated. Further involved institutions were from England, the USA, Argentina, China, Brazil, Spain, Switzerland, the Netherlands, Japan, Denmark, India and Korea. Funding was provided by the Australia and New Zealand form the Australia-New Zealand IODP Consortium (ANZIC), Australian Research Council, the German Research Foundation, the British Natural Environmental Research Council and the United States National Science Foundation.