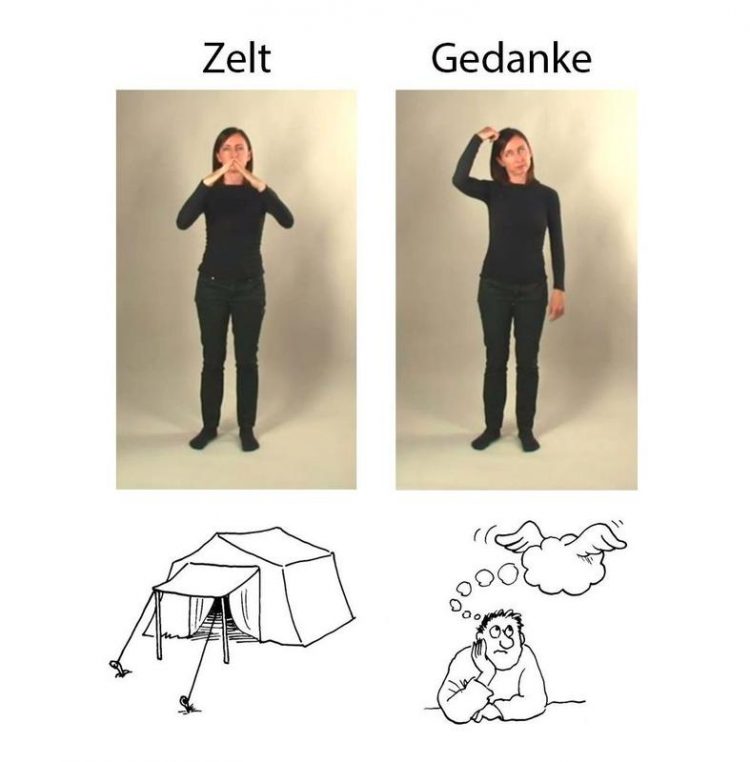 Foreign language teaching in primary schools literally opens up new worlds for primary school children: with a large portion of curiosity, willingness to learn and impartiality, they encounter not only new languages but also new cultures.

Early foreign language teaching takes advantage of the special learning conditions at this age. It is therefore all the more important that the learned content is permanently anchored in the children's memory and not only available for a short time.

In a recent study, a team of neuroscientists at TU Dresden, in cooperation with researchers from the Universities of Leipzig and Linz, has shown that the use of gestures and pictures leads to an improvement in the learning performance of primary school children in foreign language teaching.

The study was conducted with eight-year-olds at a primary school in Leipzig. In several experiments, the children learned new English vocabulary for 20 minutes per day on five consecutive days.

They learned the words while viewing pictures (sensory enrichment), performing gestures (sensorimotor enrichment), or by listening only (no enrichment). The children's knowledge of the new vocabulary was tested eight days, two months, and six months after the learning period.

Neuroscientist Katharina von Kriegstein and her team found that both looking at pictures and performing gestures improved the children's memory of English vocabulary compared to pure listening comprehension, and that this improvement continued for six months after the learning week.

“Based on previous studies conducted with adults, we actually thought that sensorimotor enrichment (performing gestures) would help the children even more over the long-term than sensory-only enrichment (viewing pictures).

Unexpectedly, however, we found that pictures and gestures were equally helpful for children's foreign language learning, even six months after the learning week. This means that the types of enrichment that work for adults may not necessarily work for kids,” explains the Professor of Cognitive and Clinical Neuroscience at TU Dresden.

Dr. Brian Mathias adds “Enrichment teaching strategies may work because they allow learners to experience the meanings of words through multiple senses, and with their own bodies.

Positive effects of enrichment for the children in this study were surprisingly robust in that they lasted six months following a minimal amount of vocabulary exposure.

All latest news from the category: Science Education

High-resolution microscope built from LEGO and bits of phone