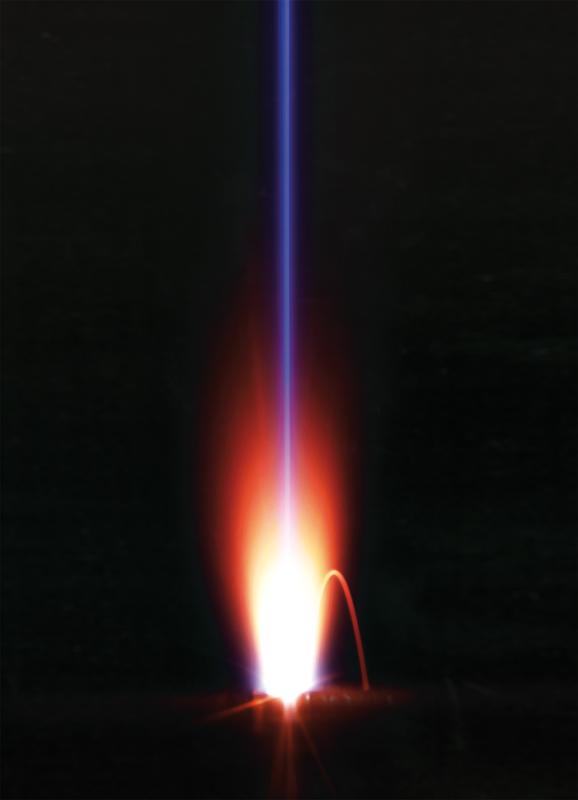 Already our Greek forebearers thought about questions that still move human beings today (especially in physics), namely what is it that fundamentally holds the world together? Particle accelerators were  developed at the beginning of the last century for this purpose, and they have helped us investigate many things, including the structure of matter, elementary particles, and their interactions.

The best-known example of the particle accelerator is the world's largest one, located at CERN. However, far more additional accelerator facilities exist than one would suspect. There are over 17,000 systems that serve a wide variety of applications, including several hundred in research and over 7,000 in  medicine.

A core area of expertise for over 25 years at the Fraunhofer FEP has been the comprehensive development of electron-beam technologies and the use of accelerated electrons for widely varying applications in surface treatment and finishing.

electrons can produce great benefits when applied in traditional areas such as metal treatment and the automotive industry, as well as in sectors of the economy that seem unusual at first glance, such as agricultural seed treatment, and more recently in medicine and pharmacology. In addition to technological development, the Fraunhofer FEP has also made a name for itself over the decades in the design and construction of complete, customer-specific electron-beam systems.

It was therefore natural that the Institute was invited to participate in the APAE working group. The APAE brochure resulting from the eponymous working group is meant to comprehensively inform industrial and political decision-makers about the status and potential of diverse types of particle accelerators and their applications, as well as their benefits in the fields of health, manufacturing, energy, security, safety, and materials analysis. It explains very vividly the current state of the technology and the wide range of applications for particle accelerators that the public usually perceives as being restricted to large research facilities.

By contrast, the many well-established industrial technologies that are based on electron-beam sources, for example, are largely unknown. One successful example here is the long-term use of mobile agricultural seed treatment systems that can be adaptably configured and employed at seed facilities.

Moreover, the brochure identifies future development priorities as well as the funding and educational needs in these sectors, and highlights the importance of particle accelerators for research and industry in Europe and their resulting impact on current social challenges.

Experts from the sciences, research, and industry worked interdisciplinary as co-authors of the brochure. Frank-Holm Rögner, head of the department “EB Processes” at Fraunhofer FEP, played a major role in the development of the subchapter entitled “Accelerators and Industry – Very Low-Energy E-Beams”.

“It is the first time that the EU's entire industry has worked together – from the highest energy accelerators in basic research to low-energy applications in industrial production,” explains Rögner. “This is the first comprehensive overview of European expertise in the field of particle accelerators. Its compiling cannot be taken for granted, because there has also been a backlog in communication within the particle accelerator community between the specialized technologies and applications. Therefore, Fraunhofer FEP now having become one of 41 partners in the Accelerator Research and Innovation for Europe Science and Society (ARIES) project is even more notable, as this is one of the largest joint projects for particle accelerators in Europe (Grant Agreement No. 730871). So we are continuing to make important contributions to anchoring industrial low-energy electron-beam technology in the European research landscape as well.”

The first ARIES annual meeting will take place from May 22-25, 2018 in Latvia's capital at Riga Technical University. The project partners will exchange information there on topics such as current and future designs, electron-beam technologies and their applications.

At the same time, the Fraunhofer FEP is continuing its development and optimization of technologies for new applications along with the precisely tailored hardware components and designs for them. A main focus of the development activities of Fraunhofer FEP is the combination of the environmentally friendly aspects of the low-energy technology with energy-efficient and economical design of process chains for our customers.

The brochure is free and can be downloaded as a PDF from any of the project partners.