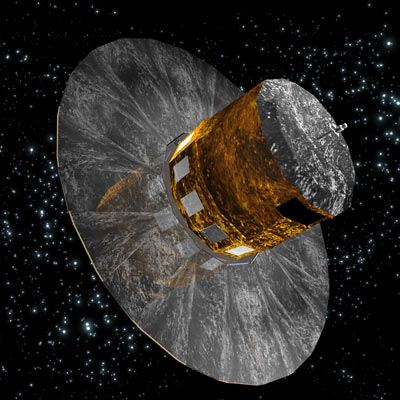 Astronomical research on asteroids, i.e. minor planets, is also benefiting from the large-scale Gaia mission of the European Space Agency (ESA). Even though the astrometry satellite’s main purpose is to precisely measure nearly one billion stars in the Milky Way, it has tracked down a multitude of minor planets in our solar system. To determine its current position in space and thus ensure Gaia’s extremely high measurement accuracy, images are taken every day of the regions of the sky where the very faint satellite is located.

“Each night the images reveal several dozen minor planets. The data are quite valuable for our understanding of the origin of our solar system,” says Dr. Martin Altmann of the Institute for Astronomical Computing (ARI), which is part of the Centre for Astronomy of Heidelberg University.

Dr. Altmann heads the observation programme to determine the position of the Gaia satellite for the Data Processing and Analysis Consortium (DPAC), which is responsible for evaluating the data from Gaia.

The Gaia astrometry satellite, which has been fully operational since August 2014, measures with pinpoint accuracy the positions, movements and distances of stars in the Milky Way, thereby furnishing the basis for a three-dimensional map of our home galaxy. According to Dr. Altmann, it became clear during preparation for the Gaia mission that the ambitious accuracy goals required novel methods to determine the position and velocity of the satellite itself.

For this purpose an observation campaign was launched to determine Gaia’s position and velocity from Earth. As early as 2009, Dr. Altmann of the ARI and his colleague Dr. Sebastien Bouquillon of the Observatoire de Paris (France) began planning the programme together with an international team.

Among the partners for the implementation, they attracted observatories in Chile and Spain. The Institute for Astronomical Computing is responsible for coordinating the daily observations. Since the launch of Gaia in December 2013, Gaia’s ground-based position measurements are transmitted regularly to mission control, the European Space Operations Centre in Darmstadt.

Dr. Altmann explains that the astrometry satellite is at a distance of approximately 1.5 million kilometres and is always located in the region of space away from the Sun as viewed from the Earth. “For this reason Gaia’s positioning images are also perfect for observing minor planets. This so-called oppositional position brings these celestial bodies closer to Earth, making them appear brighter than at other times,” continues the Heidelberg researcher.

More than 2,000 small planets have been found this way since the beginning of this year, mainly on images from the VST telescope of the European Southern Observatory (ESO) in Chile. Dr. Altmann indicates that nearly 40 per cent of them are new discoveries. Moreover, these current measurements are especially interesting for already known minor planets as well, precisely because Gaia and the minor planets located in the same part of space are always opposite the sun at the time of observation.

Just like with the full moon, the planets’ entire earthward side is completely illuminated only at that location. This allows the researchers to measure the asteroid’s reflectivity very accurately and draw conclusions as to their chemical composition. Up to now only approximately 30 asteroids have their reflectivity sufficiently well-determined, according to Dr. Altmann.

The Gaia astrometry satellite itself will also discover and accurately measure many asteroids in its survey of the sky, but in totally different regions. “In this respect, the observations from the Gaia mission and the ground-based measurements complement each other extremely well,” says Dr. Altmann. “We hope not only to acquire new insight into the origins of our home galaxy through the Gaia satellite mission. We will certainly learn more about the origins of our solar system,” stresses Prof. Dr. Stefan Jordan of the Institute for Astronomical Computing, whose responsibilities also include public relations for the DPAC Consortium.