Home / Medical Engineering / Perceiving prosthesis as lighter thanks to neurofeedback
08.01.2021 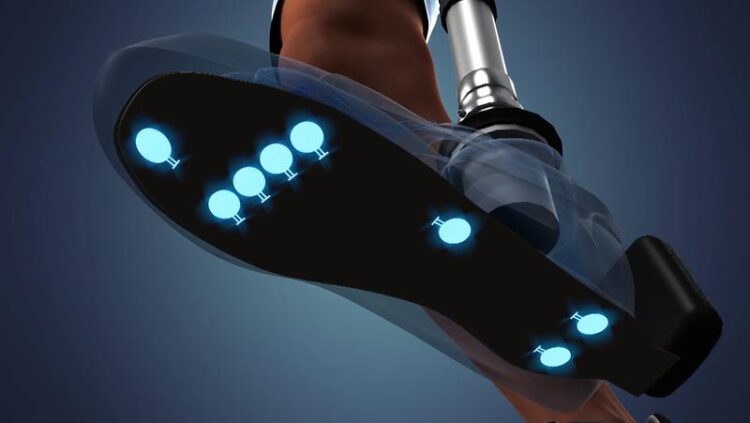 Signals from tactile sensors under the sole of the prosthetic foot and from angle sensors in the electronic prosthetic knee joint are passed on to the nervous system. (Visualisations: ETH Zurich)

To­gether with an in­ter­na­tional con­sor­tium, Raspop­ovic has de­veloped in re­cent years pros­theses that provide feed­back to the wearer’s nervous sys­tem. This is done via elec­trodes im­planted in the thigh, which are con­nec­ted to the leg nerves present there. In­form­a­tion from tact­ile sensors un­der the sole of the pros­thetic foot and from angle sensors in the elec­tronic pros­thetic knee joint are con­ver­ted into pulses of cur­rent and passed in to the nerves.