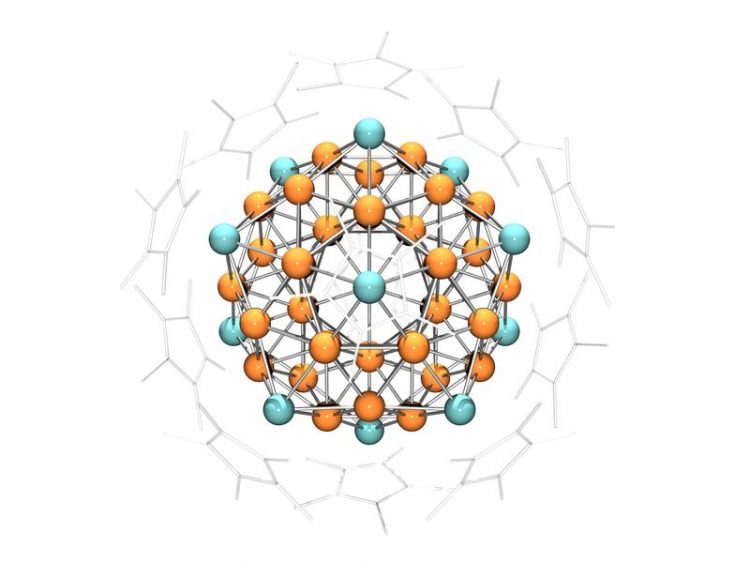 Precious metals like platinum are good catalysts – but they are expensive. While the chemical industry is trying to solve this cost issue by developing ever-smaller catalyst particles, a team from the Technical University of Munich (TUM) is taking an entirely new approach: the targeted development of catalyst particles from individual atoms.

The Deutsche Forschungsgemeinschaft (DFG) is providing 1.2 million Euros in funding for this innovative work under the auspices of the Reinhard Koselleck Projects program.

Catalysts ensure both energy and cost efficiency for more than 60 percent of all chemical reactions in the chemical industry. For example: without the precious metals of the platinum group, the catalytic converters used in today’s automotive exhaust systems wouldn’t work. Fuel cell drives, too, also still currently rely on expensive platinum catalyzers to function.

Because only the surface atoms of these platinum particles are active during catalytic reactions, the chemical industry is looking for ways to replace this precious metal with cheaper metals or by developing ever-smaller catalyst particles. A platinum particle with a one-nanometer diameter is comprised of only 40 atoms.

A Reinhard Koselleck Project led by TUM Professor Roland Fischer is approaching the issue from a new angle: he and his team have succeeded in building a particle that is comprised of 43 copper and 12 aluminum atoms.

The research project, which will be supported with 1.2 million Euros in funding from the DFG, aims to determine how these kinds of particles – known as “superatoms” – can be manufactured in a systematic fashion.

“Our previous research has already shown that the formation of these superatoms involves a large number of more or less stable intermediates,” says Roland Fischer, Professor for Inorganic and Metal-Organic Chemistry at the Technical University of Munich. “Within the framework of our new project, we want to research how we can precisely control the reaction networks of formation, growth and degradation reactions.

One of the more unique aspects of the research being done by Prof. Fischer and his team at the TUM Garching campus: their efforts to develop entire “superatom libraries.” The team will employ state-of-the-art mass spectrometry, which, together with theoretical modelling, will allow them to examine these superatoms in parallel.

These particles, which are called “clusters” because of their shape analogy to a cluster of grapes, can even be constructed using vastly different metals, as demonstrated by the creation of the heterometallic, 55-atom copper-aluminum cluster.

“With our research, we’re opening new paths to the targeted construction of catalysts that were previously unimaginable,” says Fischer. “Heterometallic catalysts comprised of both platinum and other metals could, for example, drive important progress in the advancement of fuel cell technologies – because every single platinum atom could be actively utilized.”

The Reinhard Koselleck Project team is based at the TUM Catalysis Research Center (CRC), where Prof. Fischer serves as director. Furthermore, the project is promoting fundamental research work being conducted by the Cluster of Excellence, e-conversion, and hosted by TUM.

In addition, this project is an integral part of the TUM Global Strategy: Funding from the TUM Global Incentive Fund has allowed Fischer and his team to collaborate with the theory working group being led by Prof. Juarez L. F. Da Silva at the University of São Paulo in Brazil.

“This marks the nineth time that top researchers from TUM have been awarded funding by the Reinhart Koselleck Projects program. This evidences the success of our very stringent recruitment policies,” says TUM President, Thomas F. Hofmann.

In 2012 Prof. Vasilis Ntziachristos received funding for the development of a thermoacoustic imaging method. In 2013, convinced Prof. Cordt Zollfrank's idea of having microalgae manufactured new materials. In 2013, Prof. Horst Kessler received the coveted support for a project on the oral bioavailability of peptides. In 2014, the DFG funded the research of “self-lubricating” materials by Prof. Bernd-Robert Höhn.

In 2015, this year's Leibniz Prize winner Prof. Thorsten Bach was awarded funding for the development of photochemical catalysts. Also in 2015, the DFG granted funding to Prof. Tobias Nipkow for the development of evidence assistants for verified algorithm analysis. In 2018, Prof. Erwin Grill was successful with a project to investigate the herbal stress response and Prof. Brandt on collective decision-making lotteries, and in 2019 Prof. Martin Bichler with an application for funding for the design of non-convex markets.

http://www.amc.ch.tum.de Website of the Chair of Inorganic and Metalorganic Chemistry
https://www.crc.tum.de/ website of the TUM Catalysis Research Center (CRC)
https://www.tum.de/nc/en/about-tum/news/press-releases/details/36024/ press release on the TUM website