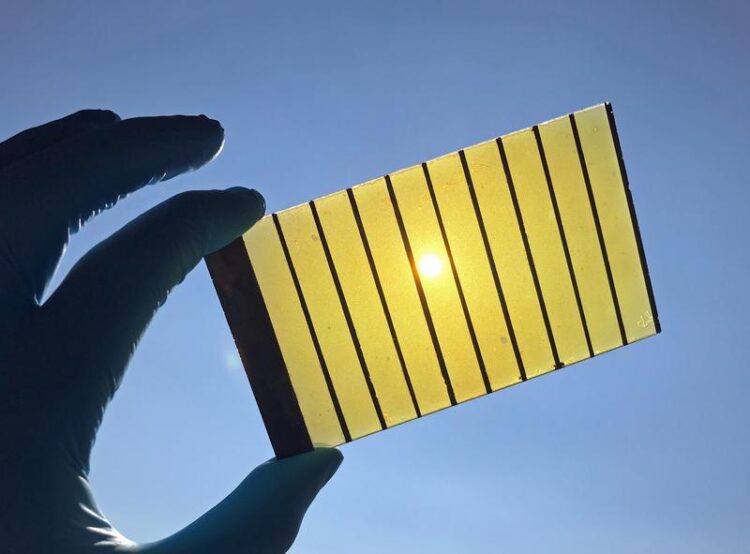 As part of an international collaboration, a team at the HZB has examined the corrosion processes of high-quality BiVO4 photoelectrodes using different state-of-the-art characterisation methods. The result is the first operando stability study of high-purity BiVO4 photoanodes during the photoelectrochemical oxygen evolution reaction (OER). This work shows how the stability of photoelectrodes and catalysts can be compared and enhanced in the future.

Hydrogen is a versatile fuel that can store and release chemical energy when needed. Hydrogen can be produced in a climate-neutral way by the electrolytic splitting of water into hydrogen and oxygen using solar energy. This can be achieved photo-electrochemically (PEC), and for this approach it is necessary to have low cost photoelectrodes that provide a certain photovoltage under illumination, and remain stable in aqueous electrolytes.

However, here lies the main obstacle; conventional semiconductors corrode very quickly in water. Metal-oxide thin films are much more stable, but still corrode over time. One of the most successful photoanode materials is bismuth vanadate (BiVO4), a complex metal oxide in which photocurrents are already close to the theoretical limit. But the biggest challenge for commercially viable PEC water splitting is now to assess and enhance the stability of photoelectrode materials during their PEC operation.

To this end, a team at the HZB Institute for Solar Fuels led by Prof. Roel van de Krol (HZB) together with groups from the Max Planck Institute for Iron Research, the Helmholtz Institute Erlangen-Nuremberg for Renewable Energy, the University of Freiburg and Imperial College London, have utilised a number of state-of-the-art characterisation methods to understand the corrosion processes of high-quality BiVO4 photo electrodes.

Observing the process from start to the end

“So far, we could only examine photoelectrodes before and after photoelectrochemical corrosion,” says Dr. Ibbi Ahmet, who initiated the study together with Siyuan Zhang from the Max Planck Institute. “It was a bit like reading only the first and last chapters of a book, and not knowing how all the characters died”. In a first step to solve this problem, the chemist provided a series of high-purity BiVO4 thin films that were studied in a newly designed flow cell with different electrolytes under standard illumination.

The result is the first operando stability study of high-purity BiVO4 photoanodes during the photoelectrochemical oxygen evolution reaction (OER). Using in-situ plasma mass spectrometry (ICPMS), they were able to determine which elements were dissolved from the surface of the BiVO4 photoanodes during the photoelectrochemical reaction, in real time.

“From these measurements we were able to determine a useful parameter, the stability number (S),” says Ibbi. This stability number is calculated from the ratio between the O2 molecules produced and the number of dissolved metal atoms in the electrolyte and it is in fact a perfect comparable measure of photoelectrode stabilities. The stability of a photoelectrode is high if the splitting of water is proceeding rapidly (in this case the evolution of O2) and few metal atoms enter the electrolyte. This parameter can also be used to determine the change in photoelectrode stability during their lifetime or assess differences in the stability of BiVO4 in various pH-buffered borate, phosphate and citrate (hole scavenger) electrolytes.

This work shows how the stability of photoelectrodes and catalysts can be compared in the future. The authors have continued the collaboration and are now using these valuable techniques and insights to design viable solutions to enhance the stability of BiVO4 photoanodes and enable their use in long term practical applications.