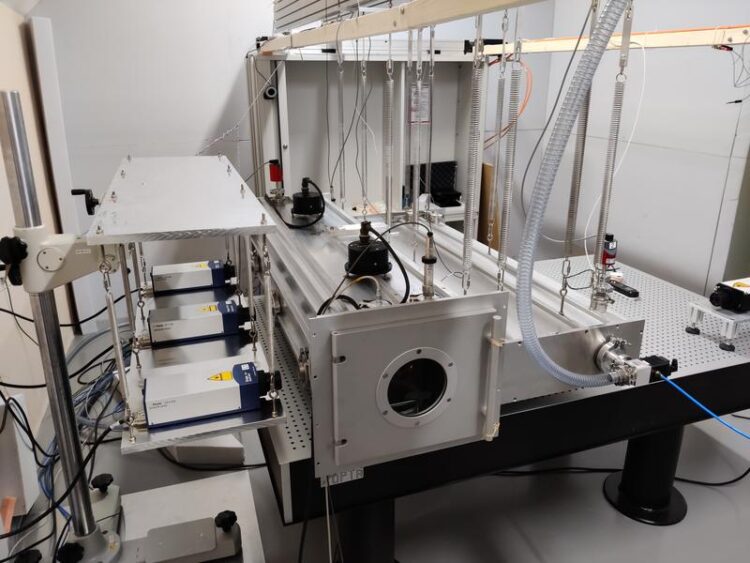 The gravitational constant G determines the strength of gravity – the force that makes apples fall to the ground or pulls the Earth in its orbit around the sun. It is part of Isaac Newton’s law of universal gravitation, which he first formulated more than 300 years ago. The constant cannot be derived mathematically; it has to be determined through experiment.

Over the centuries, scientists have conducted numerous experiments to determine the value of G, but the scientific community isn’t satisfied with the current figure. It is still less precise than the values of all the other fundamental natural constants – for example, the speed of light in a vacuum.

One reason gravity is extremely difficult to quantify is that it is a very weak force and cannot be isolated: when you measure the gravity between two bodies, you also measure the effect of all other bodies in the world.

“The only option for resolving this situation is to measure the gravitational constant with as many different methods as possible,” explains Jürg Dual, a professor in the Department of Mechanical and Process Engineering at ETH Zurich. He and his colleagues conducted a new experiment to redetermine the gravitational constant and have now presented their work in the scientific journal Nature Physics.

A novel experiment in an old fortress

To rule out sources of interference as far as possible, Dual’s team set up their measuring equipment in what used to be the Furggels fortress, located near Pfäfers above Bad Ragaz, Switzerland. The experimental setup consists of two beams suspended in vacuum chambers. After the researchers set one vibrating, gravitational coupling caused the second beam to also exhibit minimal movement (in the picometre range – i.e., one trillionth of a metre). Using laser devices, the team measured the motion of the two beams, and the measurement of this dynamic effect allowed them to infer the magnitude of the gravitational constant.

The value the researchers arrived at using this method is 2.2 percent higher than the current official value given by the Committee on Data for Science and Technology. However, Dual acknowledges that the new value is subject to a great deal of uncertainty: “To obtain a reliable value, we still need to reduce this uncertainty by a considerable amount. We’re already in the process of taking measurements with a slightly modified experimental setup so that we can determine the constant G with even greater precision.” Initial results are available but haven’t yet been published. Still, Dual confirms that “we’re on the right track.”

The researchers run the experiment remotely from Zurich, which minimises disruptions from personnel present on site. The team can view the measurement data in real time whenever they choose.

Insight into the history of the universe

For Dual, the advantage of the new method is that it measures gravity dynamically via the moving beams. “In dynamic measurements, unlike static ones, it doesn’t matter that it’s impossible to isolate the gravitational effect of other bodies,” he says. That’s why he hopes that he and his team can use the experiment to help crack the gravity conundrum. Science has still not fully understood this natural force or the experiments that relate to it.

For example, a better understanding of gravity would allow us to better interpret gravitational wave signals. Such waves were detected for the first time in 2015 at the LIGO observatories in the US. They were the result of two orbiting black holes that had merged at a distance of about 1.3 billion light years from Earth. Since then, scientists have documented dozens of such events; if they could be traced in detail, they would reveal new insights into the universe and its history.

Dual began working on methods to measure the gravitational constant in 1991, but at one point had put his work on hold. However, the observation of gravitational waves at LIGO gave it new momentum, and in 2018 he resumed his research. In 2019, the project team set up the laboratory in the Furggels fortress and began new experiments. In addition to the scientists from Dual’s group and a statistics professor, the project also involved infrastructure personnel such as cleanroom specialists, an electrical engineer and a mechanic. “This experiment couldn’t have come together without years of team effort,” Dual says. He is becoming a professor emeritus at the end of July this year. “A successful experiment is a nice way to end my career,” he says.