Towards a light driven molecular assembler 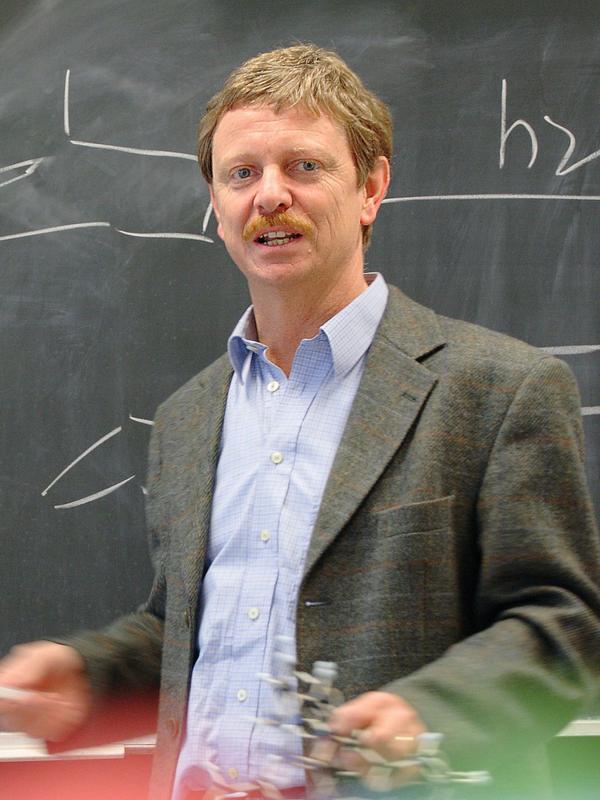 Chemists usually synthesize molecules using stochastic bond-forming collisions of the reactant molecules in solution. Nature follows a different strategy in biochemical synthesis. The majority of biochemical reactions are driven by machine-type protein complexes that bind and position the reactive molecules for selective transformations.

Artificial “molecular assemblers” performing “mechanosynthesis” have been proposed as a new paradigm in chemistry and nanofabrication. A team of chemists at Kiel University (Germany) built the first artificial assembler, that performs synthesis and uses light as the energy source.

The system combines selective binding of the reactants, accurate positioning, and active release of the product. The scientists published their findings in the journal Communications Chemistry.

The idea of molecular assemblers, that are able to build molecules, has already been proposed in 1986 by K. Eric Drexler, based on ideas of Richard Feynman, Nobel Laureate in Physics. In his book “Engines of Creation: The Coming Era of Nanotechnology” and follow-up publications Drexler proposes molecular machines capable of positioning reactive molecules with atomic precision and to build larger, more sophisticated structures via mechanosynthesis.

If such a molecular nanobot could build any molecule, it could certainly build another copy of itself, i.e. it could self-replicate. These imaginative visions inspired a number of science fiction authors, but also started an intensive scientific controversy.

The problem of “sticky fingers”

The debate culminated in a cover story of Chemical & Engineering News in 2003 with the key question: “Are molecular assemblers – devices capable of positioning atoms and molecules for precisely defined reactions – possible?” Here Nobel Prize Winner Richard E. Smalley raised two major objections: the “fat fingers” and the “sticky fingers” problem: To grab and guide each individual atom the assembler must have many nano-fingers.

Smalley argued that there is just not enough room in the nanometer-size reaction region to accommodate all the fingers of all the manipulators necessary to have complete control of the chemistry. The “sticky finger” issue arises from the problem that the atoms of the manipulator’s hands will adhere to the atom that is being moved. So it will often be impossible to release the building block in precisely the right spot. Smalley concludes that the fat and the sticky fingers problems are fundamental and cannot be avoided.

However, in nature numerous examples of molecular assemblers exist, such as the ribosome, nonribosomal peptide synthetases, polyketide synthases and ATP-synthase. “In terms of molecular assemblers we can state, if nature is using molecular assemblers for synthesis, chemists should – at least in principle – be able to build and operate artificial assemblers in the laboratory”, says Rainer Herges, professor for Organic Chemistry and spokesperson of the Collaborative Research Centre 677 “Function by Switching” at Kiel University.

Herges and his team now have built the first artificial assembler, which uses light as the energy source. Looking at molecular assemblers in nature they tried to systematically reduce their sophistication and complexity to a level, achievable with synthetic chemistry. The synthesis of ATP from ADP and phosphate and the non-ribosomal peptide synthetases served as paragons.

Photoswitchable ligand guides through a reaction

They grab the reactants, four vanadate ions, bring them in close proximity and concatenate them into rings. By positioning the reactants, a photoswitchable ligand guides the reactants through a specific reaction channel, and a molecule is formed that is not present in the starting solution.

The photochemical switching of the ligand to a non-binding state also triggers the release of the product – and solves the “sticky finger” problem. The research team chose UV-light as the external energy source because it is convenient to apply and no interfering byproducts are formed in contrast to chemical energy sources.

Similar molecular machines, such as assemblers that condensate amino acids to proteins would trigger a paradigm shift in chemical synthesis. Obvious advantages are fewer side products, enantioselectivity, and shorter synthetic pathways since the mechanosynthesis forces the molecules into a predefined reaction channel. “Moreover, the ring product is higher in energy as the starting material. In other words, light energy is converted to chemical energy”, emphasizes Herges.

“Although Mechanosynthesis with artificial molecular assemblers is extremely challenging, it is worthwhile investigating and could provide a new way for light energy conversion.”