Stressed plants must have iron under control 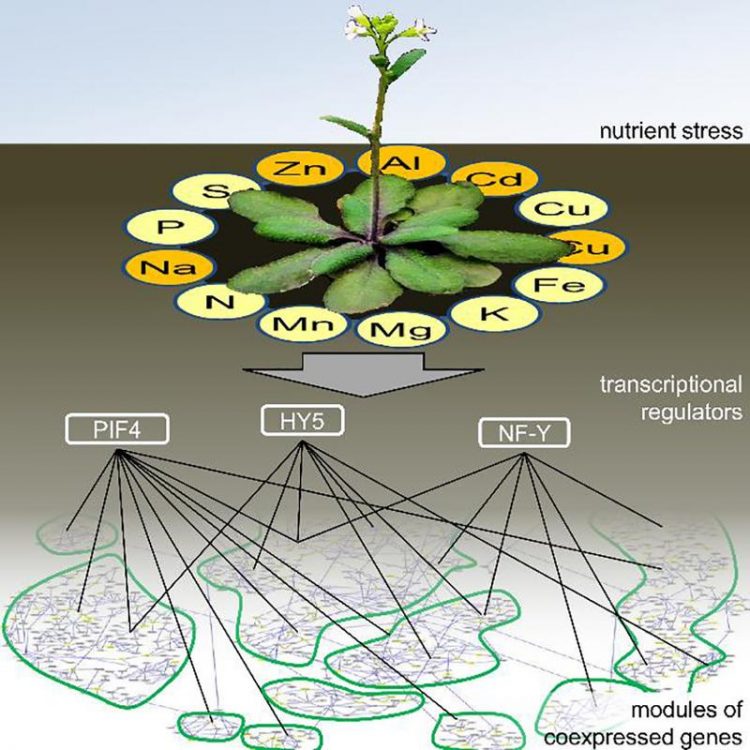 Plants have to absorb a large number of nutrients, but often their availability varies. Then they respond by activating different genetic programs, especially in the case of iron. HHU / Rumen Ivanov

Unlike animals, plants cannot move and tap into new resources when there is a scarcity or lack of nutrients. Instead, they have to adapt to the given situation. They do so by activating sets of stress-specific genes As a result, they basically reprogram their metabolism.

They wanted to find out which response strategies are used by the plant, which is also known as ‘thale cress’. Brumbarova and Ivanov used a computer-assisted approach to analyse extensive gene expression data from the scientific community.

Based on the analysis, the HHU researchers found that the data contained some surprising strategies used by Arabidopsis. Firstly, three of the main regulators identified by the authors to play a role in stress responses are already known: They also control the plant’s response to light.

“This suggests that light can also control nutrient uptake in the subterranean parts of the plant like the roots,” explains Tzvetina Brumbarova.

Even more important is the discovery that plants adapt their iron levels in particular when there is a lack of nutrient availability. Rumen Ivanov says: “In stress situations like these, iron can quickly turn from friend to foe. On the one hand, iron is vital for various processes in order for the plant to survive. On the other hand, however, iron can also result in reactive compounds that can cause irreversible damage to the plant when there is a scarcity of nutrients.”

Yet another discovery took the researchers by surprise. “In the case of stress, the plant mainly tries to adapt iron import within the cell rather than internal iron redistribution,” explains Brumbarova, and goes on to say: “From a cellular perspective, this means that controlling the ‘external borders’ matters most.”

The study, which has now been published online in the journal iScience, is based entirely on available knowledge. Ivanov says: “All the primary data was already available. We simply examined it from a new angle to answer different questions.” As a result, the biologists already have a large dataset that can be used to generate new findings.