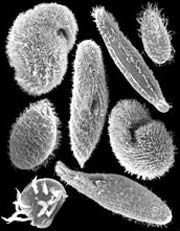 Some thirty million species now live on Earth, but their spatial distribution is highly uneven. Biologists since Darwin have been asking why. Now, scientists funded by the National Science Foundation (NSF), have discovered part of the answer: how plant and animal communities originally assembled is a predictor of future biodiversity and ecosystem productivity.

“Despite its importance, species diversity has proven difficult to understand, in large part because multiple processes operating at various scales interact to influence diversity patterns,” said biologist Tadashi Fukami of the University of Tennessee at Knoxville, lead author of a paper on the subject published in the July 24th issue of the journal Nature. “On evolutionary scales, species diversity is a result of speciation and extinction. But evolutionary processes are variable across space, interactive over time, and consequently, hard to identify. On ecological scales, diversity is a result of community assembly, how species join ecological communities over time.”

Fukami and co-author Peter Morin of Rutgers University in New Jersey attempt to provide a novel ecological perspective from which to view diversity patterns. They argue that we can better understand diversity by considering how the history of community assembly interacts with other ecological variables to affect diversity.

Their paper addresses a topic of central importance in ecology, specifically the cause of different relationships between productivity and biodiversity observed in natural ecosystems. Ecologists define productivity broadly as the amount of energy available for ecosystem development in a given location. In this experiment, productivity was manipulated by changing the nutrient concentration of growth medium in ecological communities of microorganisms housed in a laboratory.

“Fukami and Morin’s study adds an important, new piece to the ecological puzzle that relates ecosystem productivity to species diversity,” said Saran Twombly, program director in NSF’s division of environmental biology. “The sequence of species used to create a community has a large effect on the productivity-diversity relationship. This novel result contributes substantially to our understanding of community ecology.”

We know that the relationship between productivity and biodiversity takes various forms in nature, presenting a difficult challenge in understanding biodiversity patterns, said Fukami. “Using a rigorous experimental approach, we show in this paper that productivity-biodiversity relationships depend critically on the history of community assembly, in particular on the specific sequence of species arrival from a regional pool of colonists.” The results argue that community assembly processes must be considered along with resource use, disturbance, and other factors that determine the ultimate form of productivity-diversity relationships. A key point is that these fundamental patterns are unlikely to have a single common explanation. Although this study was not based on a particular ecosystem, the study shows that historical effects are possible and may explain patterns observed in ecosystems.

These findings will be of broad interest to ecologists, environmental scientists, ecological economists, and others interested in the causes of biodiversity patterns, Fukami believes. “Scientific understanding of how biodiversity responds to productivity is important to the conservation and management of natural ecosystems that are experiencing nutrient enrichment by human activities [such as increased input of phosphorus and nitrogen into lakes, ponds, and estuaries],” said Fukami.