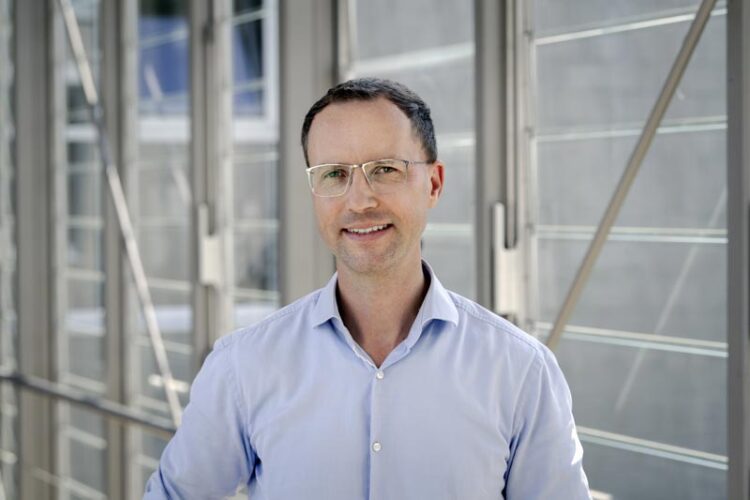 The better we understand cellular processes such as RNA regulation, the better molecular therapies can be developed. Until now, it has been especially difficult to track the regulation of non-coding RNA, which is RNA that is not further converted into proteins. A research team from the Technical University of Munich (TUM) and Helmholtz Munich has now developed a minimally invasive reporter system that enables highly sensitive monitoring of RNA production of both coding and non-coding RNA.

For cellular processes, our genetic DNA information is transcribed into RNA, which then undergoes further processing before it either serves as a blueprint for proteins or performs a cellular function itself. Which types of RNA are produced and in which quantities reveals a lot about the condition of our cells. In case of an infection, for example, cells produce increased amounts of RNA molecules that code for proteins involved in the immune response.

When DNA molecules are translated into proteins via RNA, researchers can track the process with existing reporter systems. However, not all human genes encode proteins. The majority of human genes is non-coding, including genes for long non-coding RNAs (lncRNA). These are RNA molecules with more than 200 building blocks that do not act as blueprints for proteins. Instead, they control important processes in cells. Initial research shows that lncRNA is involved in such processes as regulating RNA production, the organization of structures in the cell nucleus or in switching certain enzymes on and off.

Despite their importance for cellular processes, it has been difficult to investigate lncRNAs with existing methods. So far, this was only partially possible, for example in fixed cells at specific time points, because classical reporter systems based on the translation into proteins cannot be used.

A solution has now been found in the form of a new reporter system: INSPECT. A team working with Gil Westmeyer, Professor of Neurobiological Engineering at TUM and the Director of the Institute for Synthetic Biomedicine at Helmholtz Munich, has now published the newly developed reporter system in the journal Nature Cell Biology.

“Unlike previous methods, INSPECT encodes sequences for reporter proteins in modified introns. These are sequences in the pre-mature RNA molecule that are removed naturally and eliminated by the cell during processing. INSPECT stabilizes the introns such that, rather than being degraded after removal, they are transported to the cellular cytoplasm where they are translated into reporter proteins,” explains first author Dong-Jiunn Jeffery Truong. The researchers can then use conventional methods to detect reporter protein signals such as fluorescence.

INSPECT modifies neither the completed RNA nor the proteins

The new molecular biology tool thus not only solves the problem of tracking the generation of non-coding RNA, but also offers advantages for studying coding RNA. Current reporter systems often run the risk of damaging the RNA or proteins under investigation, for example, because they must be fused directly to the RNA being studied in order to be co-translated into proteins. Rather than modifying the completed RNA or the proteins, INSPECT modifies the introns.

The team has demonstrated the function of INSPECT using various examples of coding and non-coding RNA. They tracked the production of RNA for interleukin 2, a protein that is produced in larger quantities in response to infections. They have also achieved highly sensitive monitoring of the production of two lncRNAs and tracked changes in regulation during the investigation period.

“INSPECT adds an important molecular biology tool to the biomedical toolbox. It makes it easier to study the role of certain non-coding RNA molecules in cell development and to explore how their regulation can be modulated, for example, to prevent them from turning into cancer cells,” says Prof. Westmeyer. “In combination with the minimally invasive reporter system EXSISERS, which we previously developed to study protein isoforms, it may be possible in the future to study an entire genetic regulation process from RNA processing to the production of specific protein variants in living cells.”

Prof. Gil Westmeyer is Principal Investigator at the Munich Institute of Biomedical Engineering (MIBE). MIBE is an Integrative Research Institute (IRI) within the Technical University of Munich (TUM) that fosters interdisciplinary cooperation and synergies between researchers from the broad field of Biomedical Engineering. At MIBE, researchers specializing in medicine, the natural sciences, and engineering join forces to develop new methods for preventing, diagnosing or treating diseases. The activities cover the entire development process – from the study of basic scientific principles through to their application in new medical devices, medicines and software. https://www.bioengineering.tum.de/en/