Home / Life Sciences and Chemistry / Cholesterol an Important Piece of the Puzzle for Fat-Burning
24.11.2016

Cholesterol an Important Piece of the Puzzle for Fat-Burning 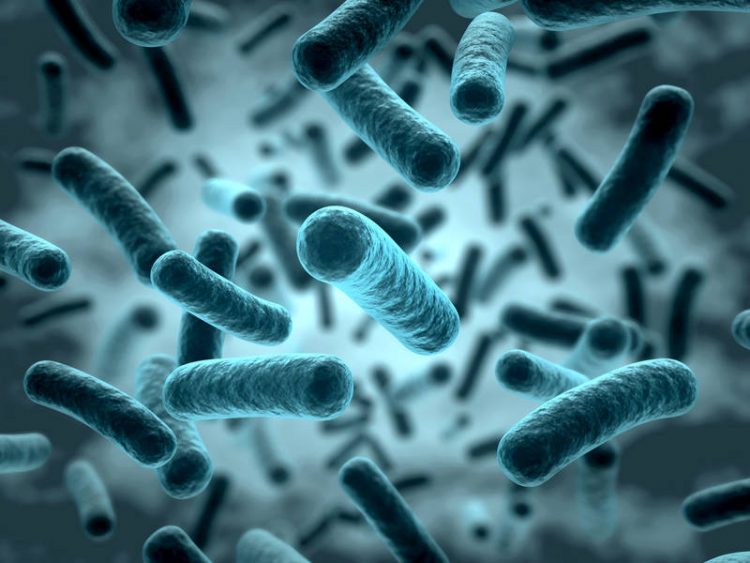 In mice with a normal gut flora, the microbiota are involved in cholesterol metabolism, thereby assisting with the efficient utilization of the animal fats. Photo: Fotolia/ norman blue Quelle: TUM

Obesity, diabetes, and related illnesses are among the most widespread health problems in Western societies, and an increasing number of people are also suffering from them in emerging economies. According to a study published in the specialist journal The Lancet in spring, more than 600 million people around the world are now obese.

Besides the well-established fact that obesity is a result of an imbalance between calorie intake and energy consumption, it has been known for a long time that the colonization of the intestines with bacteria (gastrointestinal microbiota) also has an effect on the energy metabolism. More recent studies have shown how changes in the intestinal flora due to differences in diet have an impact on the energy metabolism, thereby facilitating obesity and diabetes.

Therefore, fats and their influence on the gut flora were compared for a new study that has been published in Molecular Metabolism. For this study, germ-free mice that did not host any microbiota in their intestines were fed a high-fat diet for four weeks, which was either made using lard or palm oil. As a control, the same feed was given to mice with a normal gut flora.

The findings led to three crucial conclusions: The first observation was that the germ-free mice which were fed a lot of animal fat (lard) did not gain body fat. At the same time, a different group which received a diet enriched with fats from plant sources (palm oil) fully developed diet-induced obesity.   On the other hand, the control groups with a normal gut flora became obese regardless of whether they were fed lard or palm oil. Hence, it was the type of dietary fat alone which made the crucial difference for the germ-free mice: Diet-induced obesity only occurred with fats from plant sources, not from animal sources.

“The feed with high levels of lard stimulated the metabolism in the body of the germ-free mice,” Professor Martin Klingenspor from the Chair for Molecular Nutritional Medicine at the Else Kröner-Fresenius Center for Nutritional Medicine (EKFZ) at TUM explained, presenting the second, central finding. “What this means is that a large percentage of the nutritional energy is combusted in metabolism,” said Klingenspor.

Hence, the basal metabolic rate was increased accordingly in the germ-free mice.  Furthermore, animal fat is harder to absorb and process: “Because they were less able to utilize the feed with the lard, the germ-free mice modified their metabolism to use more carbohydrates because dietary fat was only available in limited amounts,” Klingenspor concluded from the findings of the study.

The two types of dietary fat used in the study differ fundamentally: Palm oil is practically free from cholesterol, while lard is rich in cholesterol. Because it has been linked to an increased risk of heart attack, cholesterol has a negative connotation. But despite this bad reputation, cholesterol, which is a sterol, is also essential for life, because it is a vital component of cell membranes and a precursor to steroid hormones and bile acids.   The plant-based fats fed to the mice in this current study contain phytosterols such as sitosterol, which inhibit the absorption of cholesterol in the intestine.

On the other hand, the supply and availability of cholesterol in animal fats is greatly increased. Could the cholesterol in lard therefore lower the fat storage capacity and increase the basal metabolic rate in the germ-free mice?

The accompanying analysis conducted on the metabolites (intermediate products created during metabolism) for this purpose and on the corresponding metabolic paths in the intestines of the mice yielded unexpected results: Steroids, steroid hormones, and bile acids, which are all chemical derivatives of cholesterol, showed noticeable changes which were linked to the intake of the lard-containing feed.

Higher concentrations of steroid hormones could explain the increased basal metabolic rate: The level of estradiol was increased, which is a steroid hormone that plays a vital role in weight loss, as it boosts energy consumption. At the same time, it also plays a role in the bile acid metabolism, resulting in less fat being stored. A reduction in bile acids in the intestines was in fact measurable.

These changes in the cholesterol and its metabolic products can be explained by the absence of the microbiota. This is because in mice with a normal gut flora, the microbiota are involved in cholesterol metabolism, thereby assisting with the efficient utilization of the animal fats. This, however, leads to obesity.

This led the scientists to their third conclusion: In the test groups with a normal gut flora, a comparison of the palm oil group with the lard feed group showed subtle differences in their bacterial composition. In the mice that were fed with lard, the abundance of specific bacterial strains was associated with changes in bile acid levels in the gut. One of these strains is actually known to metabolize cholesterol. Hence, diet-induced changes of the gut microbiota lead to modified sterol and bile acid metabolism. These cholesterol metabolites impact on fat resorption and energy expenditure and play a role in determining whether diet-induced obesity develops — or not.