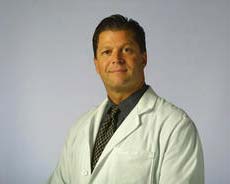 In a nationwide study of hospitalized patients, researchers at Duke University Medical Center and Brigham and Women’s Hospital found that individuals at risk for developing deep vein thrombosis (DVT) — a disorder characterized by the formation of blood clots in the deep veins of the legs — often fail to receive preventive medications. DVT can cause death when leg clots break free and lodge in the lungs, a condition known as pulmonary embolism.

The study found that, of more than 5,000 patients who developed DVT, the majority failed to receive prophylactic therapy in the 30-day period prior to their diagnosis. What’s more, said the researchers, in patients with DVT, physicians often failed to prescribe the drugs proven most effective for treating the disorder, opting instead for older treatment methods.

“Clearly, there is a disconnect between evidence and execution as it relates to DVT prevention and treatment,” said co-lead investigator Victor Tapson, M.D., associate professor of medicine at Duke University Medical Center. “The bottom line is that every patient admitted to a hospital ought to be considered for preventive measures.”

Tapson and study first author Samuel Goldhaber, M.D., of Brigham and Women’s Hospital, report their findings in the Jan. 15, 2004, issue of The American Journal of Cardiology. The study was supported by Aventis Pharmaceuticals, which manufactures low molecular weight heparin, a drug that can treat and prevent DVT. Tapson is a paid consultant and has conducted research for Aventis.

Those who most often develop DVT include patients with cancer, obesity and heart failure. Also at increased risk for DVT are elderly patients and those who have had surgery within the previous three months or who have been immobile in the previous 30 days.

Symptoms of DVT can be mild to severe, and include swelling and discomfort in the extremities. Administration of low-dose anticoagulants, including unfractionated heparin, low molecular weight heparin and warfarin, have been found to significantly reduce the risk of DVT. Once clots have formed, higher doses of the drugs act as effective treatments.

Left untreated, leg vein clots can enter the bloodstream and travel to the lungs causing pulmonary embolism, a condition that can affect lung function. Pulmonary embolism is responsible for more than 100,000 deaths in the U.S. each year — more than the number of breast cancer deaths, highway fatalities or deaths from AIDS, Tapson noted.

For the study, over a period of six months, physicians at 183 sites nationwide enrolled 5,451 patients with DVT in the registry. The study investigators obtained information about patients’ histories from medical records.

“Studies like this allow us to look at real life in terms of the treatment that patients are receiving,” Tapson said. “Clearly, anticoagulants proven to aid in the prevention of DVT are being underused by physicians in the United States for both medical and surgical patients, despite a very low risk of side effects.”

The solution, said Tapson, is to educate physicians that all hospitalized patients should be evaluated with regard to their DVT risk and those at risk provided prophylaxis.