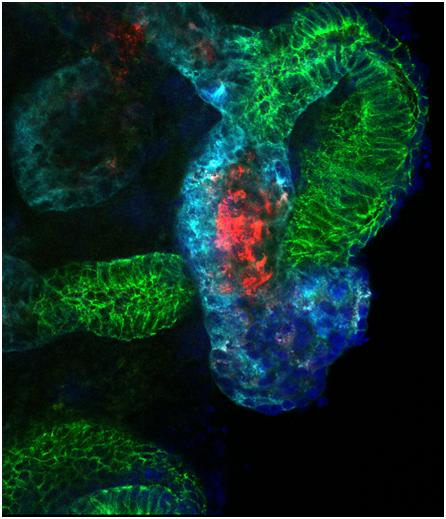 Investigators at Brigham and Women's Hospital (BWH) and the Harvard Stem Cell Institute (HSCI) have established a highly efficient method for making kidney structures from stem cells that are derived from skin taken from patients.

The kidney structures formed could be used to study abnormalities of kidney development, chronic kidney disease, the effects of toxic drugs, and be incorporated into bioengineered devices to treat patients with acute and chronic kidney injury.

In the longer term, these methods could hasten progress toward replacing a damaged or diseased kidney with tissue derived from a patient's own cells. These results were published in Nature Biotechnology this week.

“Kidneys are the most commonly transplanted organs, but demand far outweighs supply,” said co-corresponding author Ryuji Morizane, MD, PhD, associate biologist in BWH's Renal Division. “We have converted skin cells to stem cells and developed a highly efficient process to convert these stem cells into kidney structures that resemble those found in a normal human kidney. We're hopeful that this finding will pave the way for the future creation of kidney tissues that could function in a patient and eliminate the need for transplantation from a donor.”

Chronic kidney disease (CKD) affects 9 to11 percent of the U.S. adult population and is a serious public health problem worldwide. Central to the progression of CKD is the gradual and irreversible loss of nephrons, the individual functional units of the kidney. Patients with end-stage kidney disease benefit from treatments such as dialysis and kidney transplantation, but these approaches have several limitations, including the limited supply of compatible organ donors.

While the human kidney does have some capacity to repair itself after injury, it is not able to regenerate new nephrons. In previous studies, researchers have successfully differentiated stem cells into heart, liver, pancreas or nerve cells by adding certain chemicals, but kidney cells have proved challenging.

Using normal kidney development as a roadmap, the BWH investigators developed an efficient method to create kidney precursor cells that self assemble into structures which mimic complex structures of the kidney. The research team further tested these organoids – three-dimensional organ structures grown in the lab – and found that they could be used to model kidney development and susceptibility of the kidney tissue to therapeutic drug toxicity.

The kidney structures also have the potential to facilitate further studies of how abnormalities occur as the human kidney develops in the uterus and to establish models of disease where they can be used to test new therapies.

“This new finding could hasten progress to model human disease, find new therapeutic agents, identify patient-specific susceptibility to toxicity of drugs and may one day result in replacement of human kidney tissue in patients with kidney disease from cells derived from that same patient,” said author Joseph V. Bonventre, chief of BWH's Renal Division and Chief of BWH's Division of Biomedical Engineering.

“This approach is especially attractive because the tissues obtained would be 'personalized' and, because of their genetic identity to the patient from whom they were derived, this approach may ultimately lead to tissue replacement without the need for suppression of the immune system.”

Brigham and Women's Hospital (BWH) is a 793-bed nonprofit teaching affiliate of Harvard Medical School and a founding member of Partners HealthCare. BWH has more than 4.2 million annual patient visits, nearly 46,000 inpatient stays and employs nearly 16,000 people. The Brigham's medical preeminence dates back to 1832, and today that rich history in clinical care is coupled with its national leadership in patient care, quality improvement and patient safety initiatives, and its dedication to research, innovation, community engagement and educating and training the next generation of health care professionals. Through investigation and discovery conducted at its Brigham Research Institute (BRI), BWH is an international leader in basic, clinical and translational research on human diseases, more than 1,000 physician-investigators and renowned biomedical scientists and faculty supported by nearly $600 million in funding. For the last 25 years, BWH ranked second in research funding from the National Institutes of Health (NIH) among independent hospitals. BWH continually pushes the boundaries of medicine, including building on its legacy in transplantation by performing a partial face transplant in 2009 and the nation's first full face transplant in 2011. BWH is also home to major landmark epidemiologic population studies, including the Nurses' and Physicians' Health Studies and the Women's Health Initiative as well as the TIMI Study Group, one of the premier cardiovascular clinical trials groups. For more information, resources and to follow us on social media, please visit BWH's online newsroom.