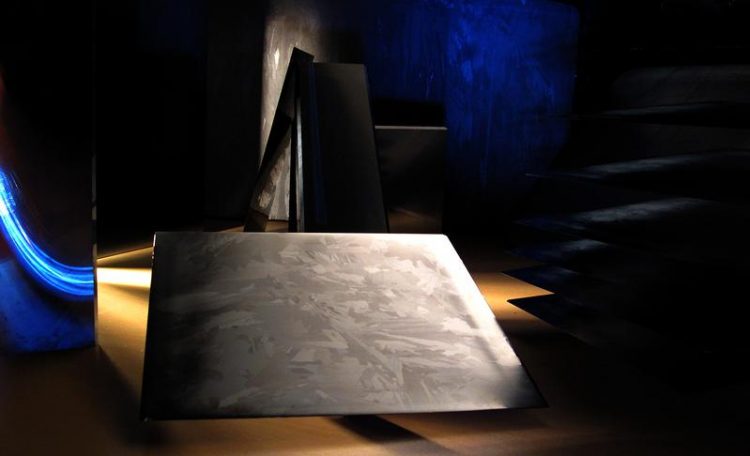 Crystals have applications in a wide variety of fields. Photo of a multicrystalline silicon wafer, which serves as the basis of a solar cell. ©Fraunhofer ISE

From March 8-10, 2017, an International Conference on Crystal Growth is to be held in Freiburg under the auspices of the German Association of Crystal Growth DGKK and the Swiss Society for Crystallography SGK-SSCR. The conference, jointly organized by the Fraunhofer Institute for Solar Energy Systems ISE, the Crystallography department of the Institute of Earth and Environmental Sciences at the University Freiburg and the University of Geneva, is to be held in the seminar rooms of the Chemistry Faculty of the University of Freiburg. Furthermore, the Young DGKK will hold a seminar for young scientists at Fraunhofer ISE on March 7, 2017.

“Whether for mobile communication, computers or LEDs, crystalline materials are key components of our modern lifestyle,” says Dr. Stephan Riepe, group head in the Department of Silicon Materials at Fraunhofer ISE.

“Crystal growth has a long tradition and today is still far from becoming obsolete. Materials with special crystalline structure are being developed for applications in high-temperature superconductors through to low-loss power transmission. Artificial diamonds are a favorite choice for building quantum computers. At the conference, the production of silicon, III-V semiconductors and most currently perovskite layers for cost-effective high efficiency tandem solar cells will also be discussed.”

In Freiburg, a close cooperation exists between the Fraunhofer Institutes and the University of Freiburg. For example, at Fraunhofer ISE a doctoral thesis of the University of Freiburg was carried out which investigated how impurities can be minimized during multicrystalline silicon production. In the production process, liquid silicon is melted in a quartz crucible and subsequently solidified.

Similar to flour’s function when sprinkled in a baking form, silicon nitride powder acts as a separating agent between the crucible and the silicon. Here the aim is to reduce impurities on the scale of parts per billion, or ppb, to achieve the highest solar cell efficiencies. On a regular basis, student and doctoral degree theses are carried out to address such questions.

Basic research on crystal growth in space has a long tradition at the Crystallography department at the University of Freiburg. In space, growth processes are investigated which can then be used to optimize the production of crystalline material on the earth for applications in applied science and the industry.

Crystals have also played a major role in the efficiency records achieved by Fraunhofer ISE: For example, a four-junction solar cell based on crystalline gallium-arsenide achieved a present record efficiency of 46 %. The silicon multicrystalline solar cell, the work horse in the photovoltaics industry, hit a record high of 20.4 % efficiency and a photovoltaic inverter based on silicon carbide components reached an all-time efficiency of over 99 % for the conversion of dc power from a PV array into ac power for the grid.