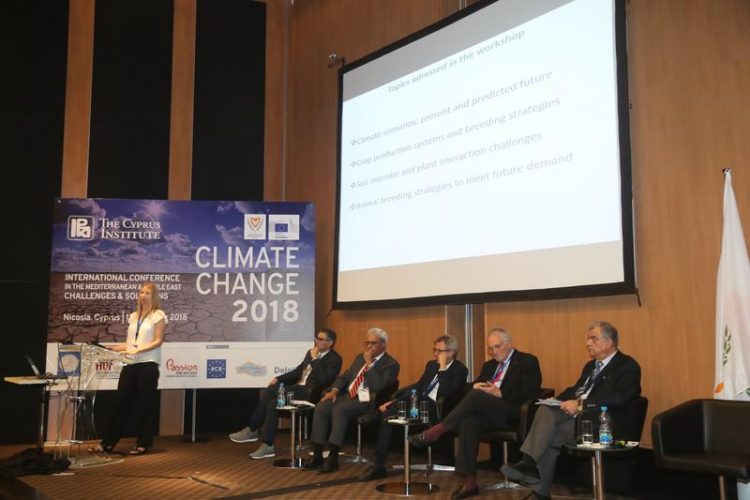 Former French Prime Minister Laurent Fabius referred in an impressive speech to the alarming signs of climate change. Many scenarios indicate that as early as 2050 the threshold of a 2 °C increase in the global temperature will be passed.

Politicians and scientists have set this value as the maximum limit – but until 2100. So it is very likely that we will miss this target. In addition, climate-damaging CO2 emissions rose again in 2017 after they had been stable for some time. Likewise, the goals of reducing global greenhouse gases were missed.

Against this background, Dr. Kerstin Neumann from Leibniz-Institute of Plant Genetics and Crop Plant Research presents the research results on the formation of biomass under dry stress conditions in cereals in the workshop “Agriculture and animal husbandry in a changing climate”.

Already without climate change, agricultural production faces enormous challenges in food security in the wake of the world's growing population. The required increases in production need to be achieved under increasingly difficult climatic conditions, notably heat and drought stress. Cyprus will be one of the regions hit hardest by climate change.

In order to meet these challenges, as part of an EU project AGRICYGEN, which is being planned, the establishment of a modern research center is planned, which will primarily deal with questions of animal and plant breeding.

Here, the IPK is one of the leading institutes in plant genetics in an advisory and supporting role. In addition to benefitting from scientific know-how, the Cypriot partners will be provided with valuable old landraces from the Federal ex situ Gene Bank at the IPK.