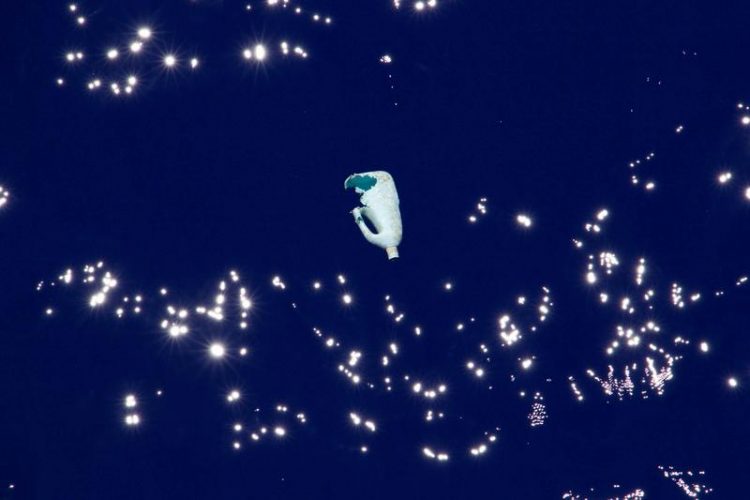 Ghost nets and other plastic garbage drifting in the sea could soon be detected automatically by planes, drones or satellites. The basis for this has been laid by a team including Dr. Shungudzemwoyo Garaba of the Institute for Chemistry and Biology of the Marine Environment (ICBM) at Oldenburg University.

Plastic in the sea can be identified by its characteristic features of reflected infrared radiation, Garaba and his colleagues report in the journal Environmental Science & Technology. “We know more or less where it is, but the stuff is always moving,” he says.

Remote sensing could be useful for clean-up campaigns and for determining the amount and distribution of plastic pollution.

Garaba and his colleagues analysed data and photographs taken during a research campaign of the organization “The Ocean Cleanup”. This project, founded in 2013 by the Dutch inventor Boyan Slat, develops technologies to rid the world's oceans of plastic.

In 2016, the organization conducted an aerial expedition in order to quantify a large accumulation of litter between California and Hawaii known as the Great Pacific Garbage Patch. The results of this campaign were published in March 2018 in the journal Scientific Reports.

The research plane, a Lockheed C-130 Hercules, flew 400 metres above the sea. The Aerial Expedition used a combination of experienced human observers and advanced sensors to count the debris, including an advanced infrared sensor able to separate different colours of the infrared spectrum.

In the first instance, the team determined size, position, color and type of different plastic particles, without using the infrared data. The analysis showed that Aerial photography in the visible range was extremely helpful to detect large marine debris like ghost nets or crates.

“However, it is sometimes challenging to differentiate these from algae, wood fragments, sun-glints or wind chops”, says Garaba, who is currently senior researcher in the group Marine Sensor Systems headed by ICBM director Prof. Dr. Oliver Zielinski.

Green plastic items are easily mistaken for algae, white debris can be mixed up with sea spray or light reflections, explains Zielinski, who also contributed to the study.

However, infrared light reflected by plastic floating at the sea surface has distinct characteristics, Garaba and his colleagues report in their study. The researchers looked at these light characteristics reflected by 150 big plastic items such as ghost nets, ropes, crates or life belts.

They found out that marine garbage typically absorbs two bands of infrared light. These absorption features can be used to identify plastic. “We cannot only detect plastic in general but also distinguish different types”, Garaba says. Infrared signals are like a fingerprint which is unique for each material. “The recycling industry is using similar techniques in sorting plants”, Garaba explains, who also advises “The Ocean Cleanup” organization on questions of remote sensing.

According to Garaba, the new study offers the first proof of concept that remote sensing of ocean plastic in the infrared domain is feasible in the field. The results could be used to develop software for automatically identifying plastic garbage by remote sensing.