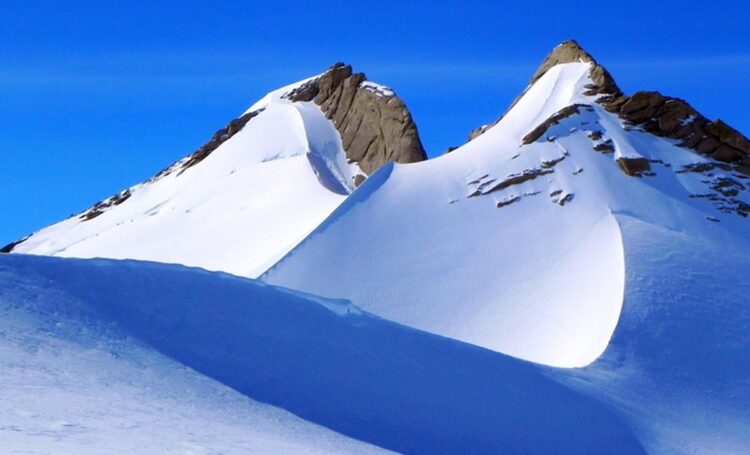 The fate of the world’s biggest ice sheet still rests in our hands if global temperature increases are kept below the upper limit set by the Paris Agreement on climate change.

A new study led by Durham University, UK, shows that the worst effects of global warming on the East Antarctic Ice Sheet (EAIS) could be avoided if temperatures do not rise by more than 2°C above pre-industrial levels.

Staying below this limit would see the EAIS – which holds the vast majority of Earth’s glacier ice – contribute less than half a metre to sea level rise by the year 2500, the researchers say.

However, they add that if warming continues to increase beyond the 2°C limit, we could potentially see the EAIS contribute several metres to sea-level rise in just a few centuries.

The research team, which included scientists from the UK, Australia, France and the USA, has published its findings in the journal Nature.

To assess the sensitivity of the EAIS, they looked at how the ice sheet responded to past warm periods, as well as examining where changes are currently occurring.

They then analysed a number of computer simulations made by previous studies to examine the effects of different greenhouse gas emission levels and temperatures on the ice sheet by the years 2100, 2300 and 2500.

Lead author Professor Chris Stokes, of the Department of Geography, Durham University, UK, said: “A key conclusion from our analysis is that the fate of the East Antarctic Ice Sheet remains very much in our hands.

“This ice sheet is by far the largest on the planet, containing the equivalent of 52 metres of sea level and it’s really important that we do not awaken this sleeping giant.

“We used to think East Antarctica was much less vulnerable to climate change, compared to the ice sheets in West Antarctica or Greenland, but we now know there are some areas of East Antarctica that are already showing signs of ice loss. Satellite observations have revealed evidence of thinning and retreating, especially where glaciers draining the main ice sheet come into contact with warm ocean currents.”

The team’s analysis shows that if warming continues beyond 2100, sustained by high emissions, then East Antarctica could add several metres to global sea level rise over the coming centuries. This would add to the substantial contributions from Greenland and West Antarctica and threaten millions of people worldwide who live in coastal areas.

Professor Stokes added: “Restricting global temperature increases to below the 2°C limit set by the Paris Climate Agreement should mean that we avoid the worst-case scenarios, or perhaps even halt the melting of the East Antarctic Ice Sheet, and therefore limit its impact on global sea level rise.”

When world leaders met at the 2015 UN Climate Change Conference in Paris, they agreed to limit global warming to well below 2°C and pursue efforts to limit the rise to 1.5°C.

According to the most recent Intergovernmental Panel on Climate Change (IPCC) report, published last year, human activity has already increased global mean temperatures by about 1.1°C since pre-industrial times.

The Durham-led study showed that with dramatically reduced greenhouse gas emissions and only a small rise in temperature, the EAIS might be expected to contribute around two centimetres of sea level rise by 2100 – much less than the ice loss expected from Greenland and West Antarctica. Indeed, some research shows that snowfall has increased over East Antarctica in the last few decades and, if this continues, it will offset some of the expected ice losses over the next century.

If the world instead continues on a pathway of very high greenhouse emissions, the researchers could not rule out the possibility of the EAIS contributing nearly half a metre to sea levels by 2100, but viewed this as very unlikely.

If emissions remain high beyond 2100 then the EAIS could contribute around one to three metres to global sea levels by 2300, and two to five metres by 2500.

Crucially, if the target of the Paris Agreement is met, significant ice loss from East Antarctica could be reduced or even prevented, with the EAIS’s contribution to sea-level rise remaining below half a metre by 2500.

The researchers also reviewed how the ice sheet responded to past warm periods, when carbon dioxide concentrations and atmospheric temperatures were only a little higher than present.

They said that unlike the very rapid and extreme warming that we have experienced over the last few decades, that can only be explained by greenhouse gas emissions from human activity, past warming occurred over much longer timescales and was largely caused by changes in the way the Earth orbits the Sun.

For example, the last time that carbon dioxide concentrations exceeded the current value of 417 parts per million was during a period known as the mid-Pliocene, around three million years ago. Temperatures were only 2-4°C higher than present at that time – in the range of the temperature changes we could experience later this century – but global mean sea level eventually reached 10-25 metres higher. Worryingly, evidence from sea-floor sediments around East Antarctica indicates that part of the ice sheet collapsed and contributed several metres to sea level rise during the mid-Pliocene.

Even as recently as 400,000 years ago, not that long ago on geological timescales, there is evidence that a part of the EAIS retreated 700 km inland in response to only 1-2°C of global warming.

Professor Nerilie Abram, a co-author of the study from the Australian National University in Canberra, said: “A key lesson from the past is that the East Antarctic Ice Sheet is highly sensitive to even relatively modest warming scenarios. It isn’t as stable and protected as we once thought.

“We now have a very small window of opportunity to rapidly lower our greenhouse gas emissions, limit the rise in global temperatures and preserve the East Antarctic Ice Sheet.

“Taking such action would not only protect the East Antarctic Ice Sheet, but also slow the melting of other major ice sheets such as Greenland and West Antarctica, which are more vulnerable and at higher risk.

“Therefore, it’s vitally important that countries achieve and strengthen their commitments to the Paris Agreement.”