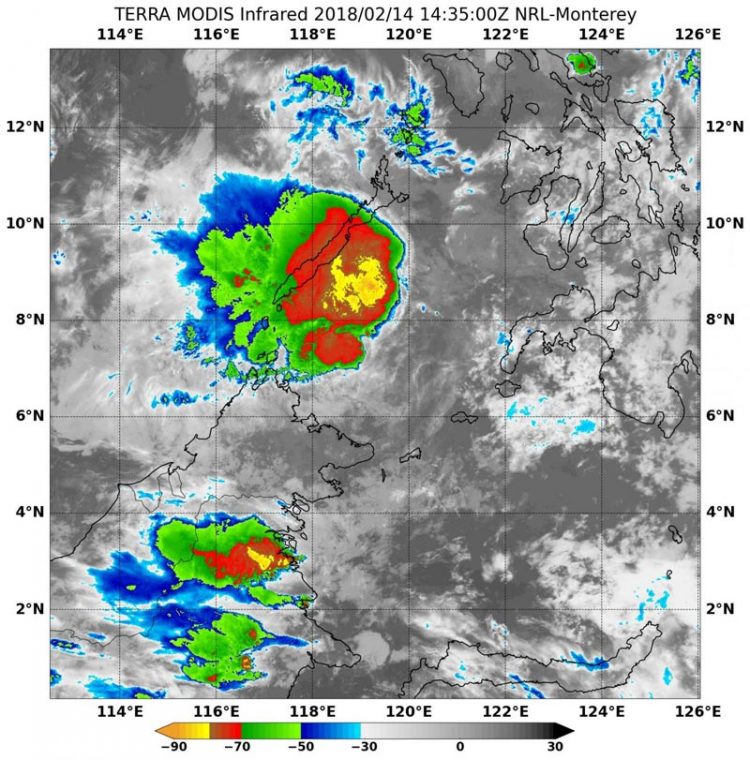 On Feb.14 at 10:45 a.m. EDT (1435 UTC) NASA's Terra satellite found cloud top temperatures of strongest thunderstorms (yellow) in Tropical Cyclone Sanba southeast of Palawan. Temperatures were as cold as or colder than minus 80 degrees Fahrenheit (minus 62.2 Celsius). Credits: NRL/NASA

MODIS found a small area where cloud top temperatures of strongest thunderstorms, located in the Sargasso Sea, just southeast of Palawan. Those temperatures were as cold as or colder than minus 80 degrees Fahrenheit (minus 62.2 Celsius).

Cloud top temperatures that cold indicate strong storms that have the capability to create heavy rain.

Sanba is crossing the southwestern part of the Sulu Sea, and will pass south of Palawan into the South China Sea. The system will not re-strengthen.