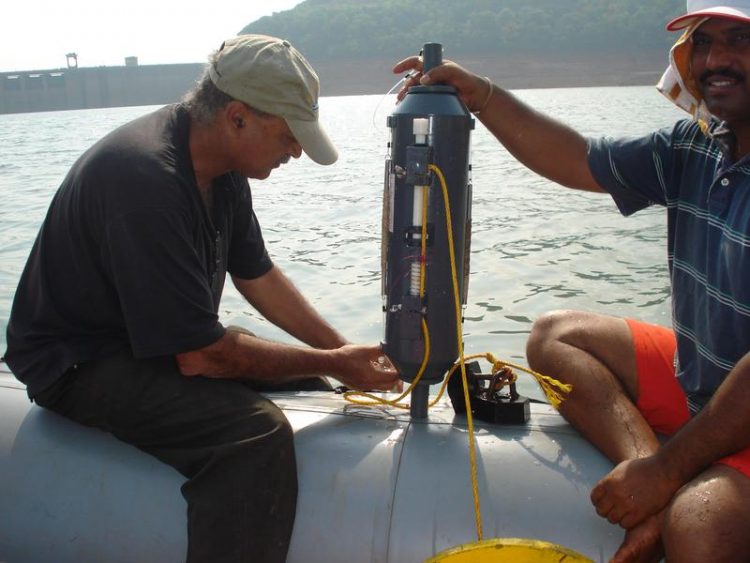 Human activities are causing the release of enormous amounts of reactive nitrogen (RN) to the environment. India alone accounts for about one-fifth of the global synthetic nitrogen consumption. Unused fertilizers from agriculture together with RN derived from other sources such as sewage discharge and fossil fuel combustion are expected to result in large nitrogen over-enrichment in water bodies both on land and in the sea.

This superabundance promotes excessive growth of algae and the deoxygenation of water. However, an extensive survey of 15 freshwater dam-lakes, spread all over India, revealed unexpectedly low levels of RN.

A team of researchers from India, Germany and the UK around Wajih Naqvi from India's Council of Scientific & Industrial Research (CSIR) and Marcel Kuypers from the Max-Planck Institute for Marine Microbiology (MPIMM), Bremen, Germany, collected a unique set of data – the first of its kind – to better understand the fate and behavior of the RN.

In summer, most of the lakes were found to contain no oxygen below a thin surface layer. These so-called anoxic conditions are suitable for the removal of RN by microorganisms that use oxygen from nitrate, the most abundant form of RN, to breathe.

Anaerobic oxidation of methane by oxidized nitrogen has been known to occur in soils and wetland muds, but this is the first study that shows that nitrate respiration coupled to methane oxidation is a major sink for RN in the water itself. Intriguingly, the microbes known to facilitate this unique linkage elsewhere were rare in the Indian lakes.

Instead, some common methane-oxidizing bacteria were abundant in these anoxic waters. Up to now, these bacteria were thought to live only in the presence of oxygen. They either have an alternative lifestyle, or they work closely with other microbes when oxygen disappears. Apparently, they mediate a phenomenon that is more widespread than believed so far.

“We have identified what we believe is the principal pathway of RN loss from Indian freshwater lakes”, states Naqvi, who led the study while he was a Marie Curie Incoming Fellow at the MPIMM from 2008 to 2011. “This pathway might limit nitrogen over-enrichment – eutrophication – not only in freshwater bodies but also in the coastal ocean. Our results are of enormous environmental significance because they also show unexpectedly low build-up of nitrous oxide, which is commonly known as laughing gas and a potent greenhouse molecule, in Indian lakes. Moreover, anaerobic methane oxidation also constrains methane accumulation in the lakes.”

“Similar processes may occur in other freshwater ecosystems where methane is available in significant quantities”, predicts Kuypers, who led the German team in the study funded by the European Commission, CSIR, and the Department of Science & Technology (DST), Government of India.

The microbial community structure of the reservoirs examined is quite intriguing. “We are finding new players mediating nitrogen transformations through unexpected pathways – through ‘old players’ in the methane cycle. The study clearly shows that a lot remains to be learnt in this extremely important field of research”, says co-author Phyllis Lam, now Associate Professor at Ocean and Earth Science, University of Southampton, UK.