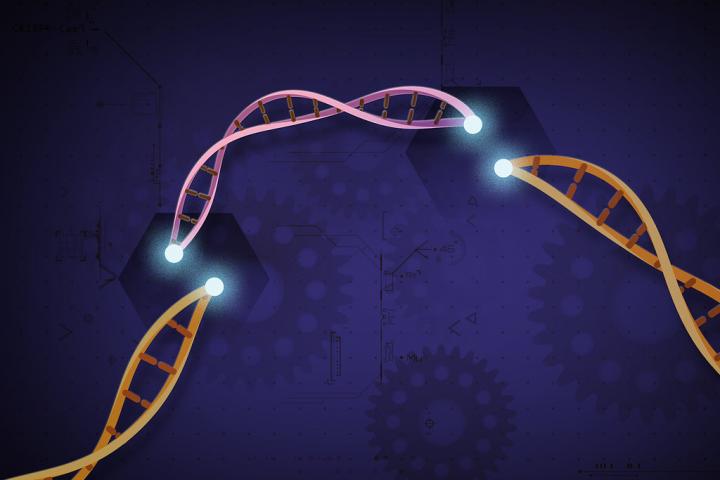 Associate professor of Plant Science at the University of Maryland Yiping Qi continues to innovate genome editing and engineering in plants, with the ultimate goal of improving the efficiency of food production. His new work contributes six novel variants of CRISPR-Cas12a in plants, testing first in rice as a major global crop. In addition to broadening possible gene editing targets, these tools can edit many different sites at once, or even repress gene expression.
Credit: National Institutes of Health, public domain

In a new publication in Nature Communications, associate professor of Plant Science at the University of Maryland Yiping Qi continues to innovate genome editing and engineering in plants, with the ultimate goal of improving the efficiency of food production. His recent work contributes six novel variants of CRISPR-Cas12a that have never before been proven in plants, testing them first in rice as a major global crop.

In addition to allowing for a much broader scope of possible gene editing targets, these new tools can edit many different sites in the genome at once, or even repress gene expression to tone down undesirable traits. These patent-pending tools greatly expand the scope of what CRISPR-Cas12a can do in plants, which can help to produce food more effectively to feed a growing global population.

“We are excited about this paper because we’ve contributed two major breakthroughs,” says Qi. “First, we’ve reported multiple Cas12a tools with genome editing capabilities in plants for the first time, and found one [Mb2Cas12a] that hugely broadens the targeting range of Cas12a. Second, we’ve developed a very efficient system that can edit many different sites at once [multiplexed editing], and that allows us to edit 16 different genes in rice in a single generation.”

As Qi explains, Cas12a (like other CRISPR systems) has typically been tied to targeting a specific short sequence of DNA known as a PAM sequence. The PAM sequence is what CRISPR systems typically use to identify where to possibly make their molecular cuts in DNA. However, the new Mb2Cas12a variant introduced by Qi works under relaxed PAM requirements, broadening the scope of what can be targeted for editing the way Qi’s lab recently did for CRISPR-Cas9.

In addition to this discovery, the multiplexed editing system introduced for Cas12a in plants provides specific strategies for efficiently editing multiple sites across the genome all at once. For this proof-of-concept, Qi’s team first targeted six different sites in the genome to enhance rice yield and disease resistance. But when this was successful, the team didn’t stop there.

“I wanted to add more targets to see if there is any limit,” explains Qi. “So we added 10 more and tried to target 16 sites, and we found that across almost all rice chromosomes, we had an amazingly high efficiency with all sites being edited all at once in one generation. And that doesn’t even represent the upper limit necessarily, but it is the most genes in a plant that has ever been recorded as being edited all at once in one generation for Cas12a.”

This system has major implications for precision breeding and the efficiency of food production, says Qi. “For precision breeding, how many genes you can edit at once is really practically important because you can target almost anything and really tailor the product. We targeted disease resistance and yield, but you can add more traits like nitrogen use efficiency, climate resilience traits such as temperature tolerance, and more. It is really a robust system.”

Qi is currently doing work to examine the off-targeting effects of editing more genes at once with more relaxed target site requirements. But in addition to these contributions, this paper also demonstrated Cas12a’s utility as a synthetic repressor of genes in the model plant Arabidopsis as another tool for genome engineering.

“You can regulate activation or repression of certain genes by using CRISPR not as a cutting tool, but instead as a binding tool to attract activators or repressors to induce or suppress gene expression to engineer desirable traits. In this case, Cas12a is acting as glue, not as scissors. You use an inactivated form of Cas12a to inactivate the expression of other genes. It’s a great new tool for the industry and for future research.”

Future work will expand these tools out of rice and Arabidopsis, and into all kinds of plants and crops. “This type of technology helps increase crop yield and sustainably feed a growing population in a changing world,” says Qi. “I am very pleased to continue to expand the impacts of CRISPR technologies.”

This paper, entitled “Expanding the scope of plant genome engineering with Cas12a orthologs and highly multiplexable editing systems,” can be found in Nature Communications, DOI: 10.1038/s41467-021-22330-w.

This work is funded by the Foundation for Food and Agriculture Research New Innovator Award (Award #593603), the National Science Foundation’s Plant Genome Research Program (Award #1758745), the Biotechnology Risk Assessment Grant Program from the U.S. Department of Agriculture (Award #2018-33522-28789), and Syngenta.