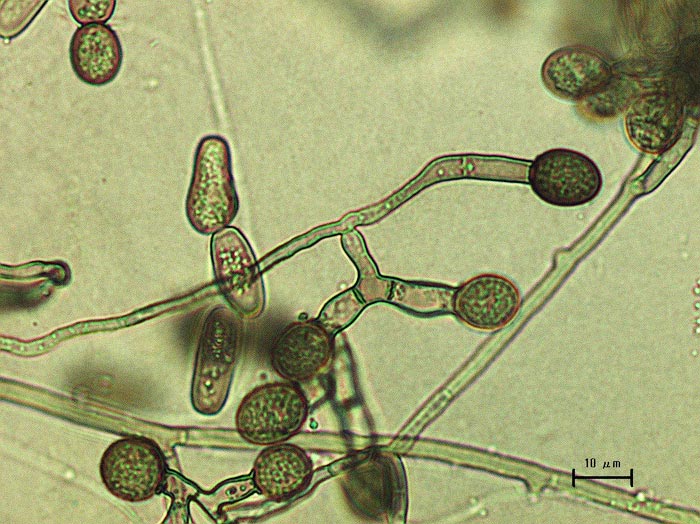 In many countries, the number of fig trees have been declining. While there are numerous explanations, one key problem is fig-wilting disease. A recognized cause of this disease is a fungus, Ceratocystis ficicola, which is transmitted by an ambrosia beetle, Euwallacea interjectus. Now, a group from Nagoya University in central Japan has identified another fungus, Fusarium kuroshium, which is harmless by itself, but ravages fig trees when found together with C. ficicola.

Along with known agents, such as C. ficicola, many other fungi are believed to be important in fig-wilting disease. These include F. kuroshium, a well-known infective agent of fig and avocado trees. As these fungi are frequently found on the heads, including a special organ for storing fungi, of wild and reared E. interjectus adult females, it has long been suspected that they are responsible for the spread of disease.

To determine whether the fungi are related to the damage of the fig trees, Dr. Zi-Ru Jiang and Associate Professor Hisashi Kajimura of the Graduate School of Bioagricultural Sciences, Nagoya University, in partnership with the Hiroshima Prefectural Institute of Technology, Kobe University, and the Forestry and Forest Products Research Institute, inoculated fig saplings with various combinations of fungi collected from E. interjectus. As a control, they also included Neocosmospora metavorans, which is found in a wide range of plant hosts, including avocado and Robusta coffee. Some saplings received only one of the three fungi, and one group received a combination of F. kuroshium and C. ficicola.

As expected, the saplings infected with C. ficicola wilted, whereas the other two groups infected with only N. metavorans or only F. kuroshium did not, suggestingthat these two fungi are not harmful to fig trees. However, in the combination group, the saplings wilted less than two weeks after infection and had a larger area of dead wood. It seems that F. kuroshium and C. ficicola worked together in a symbiotic way that accelerated wilting in the saplings. The findings were reported in Microorganisms.

“A combination of the ambrosia beetle and its fungi may lead to symptoms of fig-wilting disease in the case of mass beetle attacks and decreased resistance in host trees. Therefore, understanding the relationship between C. ficicola and its symbionts may be useful in developing suitable disease control strategies,” explains Kajimura. “This study suggests that symbiotic fungi do not kill fig trees by themselves, but that synergistic effects are driven by their coexistence with companion fungi, and that they have a more detrimental effect on fig trees than the companion fungi alone. This fact leads to additional targets for control and provides important clues to improve integrated pest management methods in the future.”