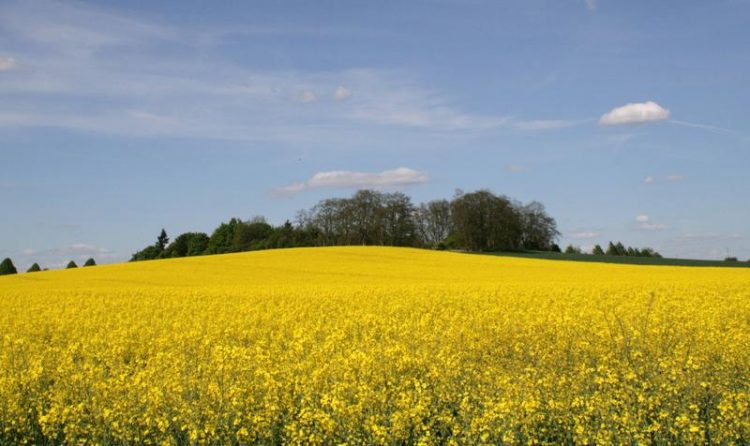 COVID-19 has only little structural impact on global crop production – this is one of the most important takeaways from the annual agri benchmark Cash Crop Conference, which took place from June 15th to June 22nd, due to Corona the first time as a web meeting.

More than 100 international scientific and commercial partners gathered to discuss the latest results from international benchmarking, as well as strategic challenges in global crop production.

Commodity markets only marginally affected by Covid19 so far

Based on an agri benchmark online forum with our international partners, as well as a presentation by Klaus-Dieter Schumacher (independent consultant), we assume that – unlike in other agricultural sectors such as livestock or horticulture – the production of broadacre crops will not be significantly affected by the current crisis.

In particular, Mr. Schumacher stated: “I expect global commodity trade to continue to grow. Other than in some specialty products, the production potential of many importing countries in grains and oilseeds is simply too limited to allow for a significant import substitution.” Such a strategy has been promoted by some politicians in order to avoid long value chains, which are considered to be vulnerable during crises such as Covid19.

In the US, however, the Coronavirus has led to a massive dip in fuel and ethanol consumption. Ethanol plants have therefore stopped producing and corn stocks have increased significantly. Consequently, corn prices will be under pressure in the short run.

A similar situation is underway in Brazil, where the decline in ethanol demand has prompted sugar mills to switch to sugar production instead of ethanol, ultimately causing sugar prices to go south.

Due to regular yields and mostly flat farm gate prices, 2019 was a relatively normal year for most growers. In the EU, the picture was more varied: Typical farms in France, the UK and Spain saw a drop in profits, while German, Danish and Swedish farms had better results than in 2017 and 2018.

For the USA, however, the fairly positive condition is only true due to an increase in coupled subsidies (approx. $160/ha). These subsidies are meant to compensate growers for losses resulting from the trade conflict with China. Canadian producers have also suffered due to China’s massive reduction of canola imports.

Typical farms in Russia and Ukraine experienced another fairly good year; this success is based primarily on increasing corn and soybean production. Only 10 years ago, both crops hardly played a role in these countries. Nowadays, these crops occupy half or more of the acreage of agri benchmark farms.

This finding is remarkable for soybeans, because they only yield approx. 2 t/ha. This shortcoming is partially offset by prices that are slightly above the US. With corn yields of 10+ t/ha, however, producers in Russia and the Ukraine are approaching the levels of highly developed Western production systems.

New agri benchmark partners from Kazakhstan and Ethiopia presented a snapshot of strategic changes in crop production in their respective home countries. In Kazakhstan, the government is promoting the diversification of crop production away from wheat to more high value crops, which are more valuable when shipped to export destinations in the land-locked country.

And as Aizhan Karabayeva stated “indeed, compared to 2009 wheat acreage has gone down by about 22%”. Mesay Yami from Ethiopia presented first results from a newly launched irrigated wheat project that is supposed to help mitigate growing wheat imports.

A lot of producers around the globe are looking for options to widen rotations in an effort to reduce pest pressure and to achieve environmental improvements. Furthermore, politicians are asking for substitution of imports; in Europe, this is mainly through plant protein.

Therefore, agri benchmark is working on a study concerning the perspectives of soybeans in Poland, Hungary and Germany. agri benchmark project lead Thies Böttcher found that “often, the economics of soybean production in these countries looks nice “on paper”, mainly caused by significant improvements in achievable yields. However, the challenges to properly manage the crop – both agronomically, as well as in marketing – are significant.”

Therefore, the exchange among producers regarding production techniques, as well as growers’ collaboration to pool supply should be promoted. To mitigate growers’ yield risks, a crop-specific and temporary crop insurance would likewise be helpful.

How to reduce crop protection use at low cost?

Recently reinforced in the ‘farm to fork’ strategy, the EU is aiming to reduce the use of crop protection products and related risks. Hence, agri benchmark is running a project on the feasibility of such reduction strategies and the respective cost for growers. Based on preliminary results, Marcel Dehler, researcher from Thünen Institute, stated that “in row crops such as sugar beet, a significant reduction of risks is feasible at no substantially higher cost. However, it is very likely that in crops such as wheat, the picture will be very different.”