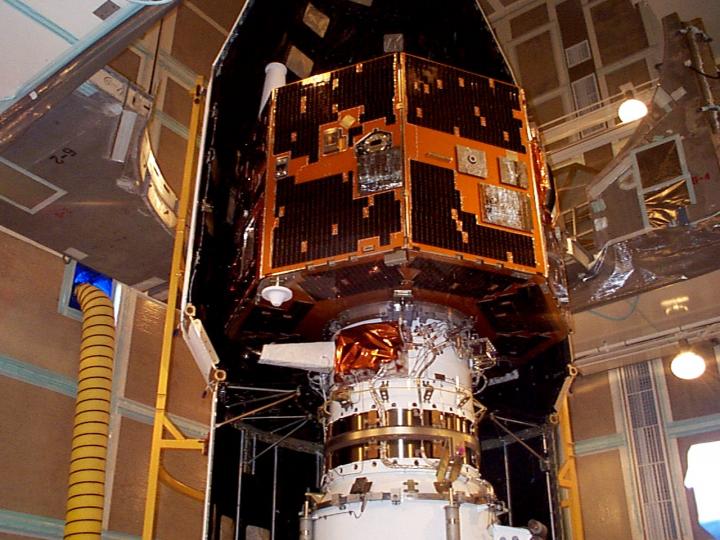 After an amateur astronomer recorded observations of a satellite in high Earth orbit on Jan. 20, 2018, his initial research suggested it was the Imager for Magnetopause-to-Aurora Global Exploration (IMAGE) — a NASA mission launched into orbit around Earth on March 25, 2000.

Seeking to ascertain whether the signal indeed came from IMAGE, NASA's Goddard Space Flight Center in Greenbelt, Maryland, coordinated the use of five separate antennas to acquire radio frequency signals from the object.

On the afternoon of Jan. 30, the Johns Hopkins Applied Physics Lab in Laurel, Maryland, successfully collected telemetry data from the satellite. The signal showed that the space craft ID was 166 — the ID for IMAGE.

The NASA team has been able to read some basic housekeeping data from the spacecraft, suggesting that at least the main control system is operational.

Scientists and engineers at NASA's Goddard Space Flight Center in Greenbelt, Maryland, will continue to try to analyze the data from the spacecraft to learn more about the state of the spacecraft. This process will take a week or two to complete as it requires attempting to adapt old software and databases of information to more modern systems.

NASA will next attempt to capture and analyze data from the signal. The challenge to decoding the signal is primarily technical. The types of hardware and operating systems used in the IMAGE Mission Operations Center no longer exist, and other systems have been updated several versions beyond what they were at the time, requiring significant reverse-engineering.

If data decoding is successful, NASA will seek to turn on the science payload — currently turned off — to understand the status of the various science instruments. Pending the outcome of these activities, NASA will decide on how to proceed.

IMAGE was designed to image Earth's magnetosphere and produce the first comprehensive global images of the plasma populations in this region. After successfully completing and extending its initial two-year mission in 2002, the satellite unexpectedly failed to make contact on a routine pass on Dec. 18, 2005. After a 2007 eclipse failed to induce a reboot, the mission was declared over.

For the IMAGE mission webpage: https://image.gsfc.nasa.gov/