The Molecular Breakdance of Seeing 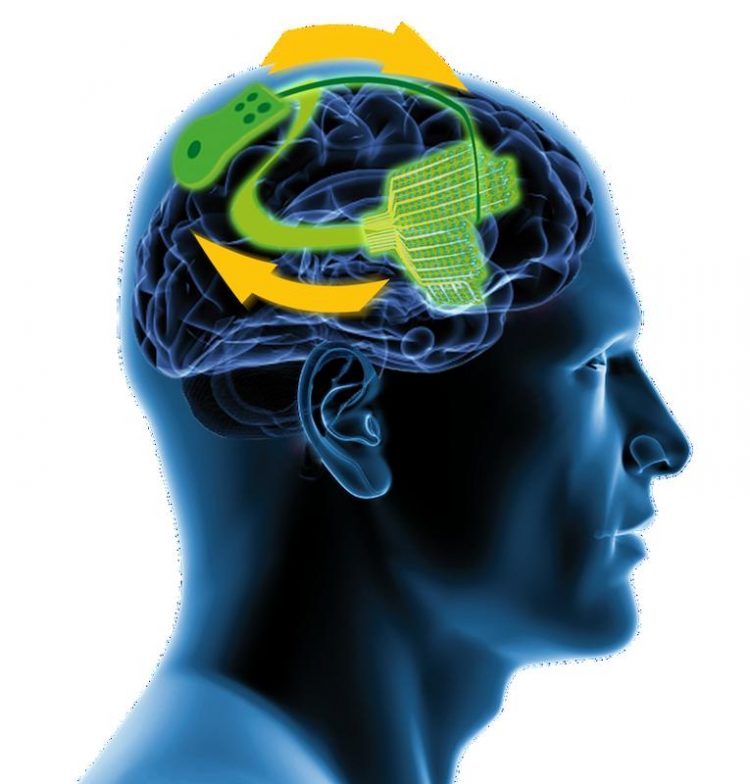 Artist's impression of the molecular motion in the retina. J.M. Harms, MPSD

The detection of light by pigments in the retina, called rhodopsin or visual purple, leads to our sense of vision. New experiments by scientists from the Max Planck Institute for the Structure and Dynamics of Matter and the University of Toronto have revealed that the primary photochemical event of this process operates at the fundamental molecular speed limit. These results are reported online in the journal Nature Chemistry today.

The retinal chromophore in rhodopsin, also called vitamin A aldehyde, derives its light sensitivity from a repeating chain of single- and double-bonded carbon atoms. The absorption of a photon by retinal causes an extremely short transient weakening of a specific double bond resulting in rotation about that bond.

Pinpointing how fast this so-called chemical isomerization reaction occurs has been difficult, however, and has largely tracked the technological advances in pulsed laser sources. With femtosecond lasers it was shown that the isomerization takes place within 200 femtoseconds (that is 200 millionths of a billionth of a second), and is likely a vibrationally-coherent chemical reaction, meaning the vibrational motions of the retinal chromophore itself help directing the isomerization reaction.

Using a highly sensitive technique from the field of ultrafast spectroscopy called heterodyne-detected transient grating spectroscopy, scientists in the laboratories of Professors R. J. Dwayne Miller (University of Toronto and Max Planck Institute for the Structure and Dynamics of Matter) and Oliver P. Ernst (University of Toronto) revisited the isomerization reaction of bovine rhodopsin with unprecedented sensitivity and temporal resolution.

Such an approach revealed that the isomerization takes place on a timescale of 30 femtoseconds. “It turns out that the primary step of vision is nearly ten times faster than anyone thought,” says Professor Miller, “and the atomic motions are all perfectly choreographed by the protein.”

Temporal analysis of the experimental data revealed these choreographed vibrational dynamics, which are comprised of localized stretching, out-of-plane wagging, and torsional motions. “Such a fast timescale sets distinct limitations on the vibrationally-coherent reaction coordinate,” says Dr. Philip Johnson, lead author of the study, “and this work indicates that it is local to the specific isomerizing double bond.”

“Moreover,” he adds, “the isomerization reaction proceeds within a single period of the relevant torsional vibrational motion. The notion of fully vibrationally-coherent chemical reactions has been around since at least the 1930s, but really hasn't been explicitly observed until now.”

This research was supported by the Max Planck Society, the Natural Sciences and Engineering Research Council of Canada (NSERC), the Canada Excellence Research Chairs program (CERC), and the Canadian Institute for Advanced Research (CIFAR). Professor Miller and Professor Ernst are co-directors of CIFAR’s program Molecular Architecture of Life, which is untangling the details of the complex molecular processes that underlie all living systems.