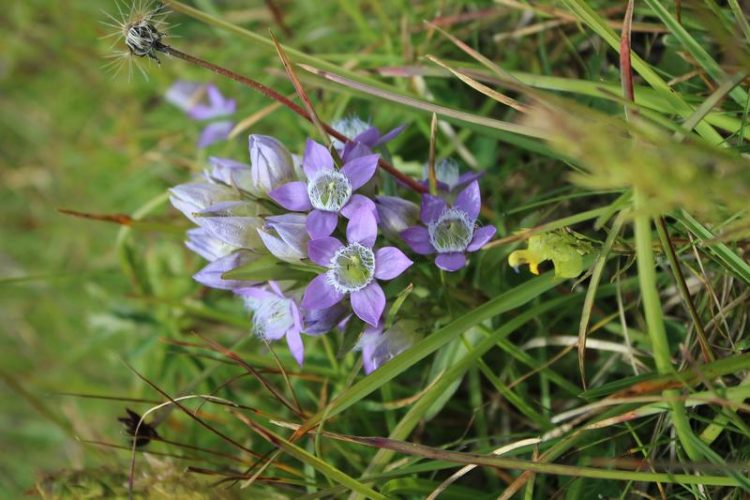 Evolution is a process of gradual change. As a rule, organisms therefore differ from each other more markedly the longer it has been since their developmental paths separated.

This association is even more apparent in their genes than in their external appearance. A comparison of the genetic make-up of numerous species therefore makes it possible to reconstruct their family tree.

This is precisely what the researchers involved in the study did. “For a total of 365 different species, we analyzed an average of over 1,000 genes each that are active in these plants,” explains Prof. Dr. Maximilian Weigend from the Nees Institute for Biodiversity of Plants at the University of Bonn. “This makes our study of the asterid group the largest such study on this plant group to date.”

Among the asterids are such diverse species as coffee, heather or even the water hawthorn, which is found in Madagascar and resembles a water fern. In total, the group comprises around 100,000 species, or almost a quarter of all flowering plants worldwide. Their appearance and the ecological niches they occupy vary accordingly.

The current study has now changed this to some extent. “We selected the species studied to cover all plant orders and almost all families of asterids,” Weigend stresses. “Subgroups whose ancestry is still unclear were particularly well represented.”

This enabled the researchers to clarify a number of open questions, such as the position of the Boraginaceae, which includes for instance forget-me-nots. However, new questions arose in other areas – the researchers now know at which points in the mosaic they have to sequence the genome of other plants in order to clarify remaining questions. The study is therefore an important step on which those involved in the project and other working groups can now build.

A large part of the species studied originates from Bonn

99 of the 210 newly studied plants come from the University of Bonn's Botanic Gardens. “Due to its high quality, DNA from living plants allows much more precise conclusions than that obtained from herbarium specimens that have been stored in museums for decades,” says Weigend.

“You would have to travel to more than 40 different countries to collect the samples here used from the wild and would probably be busy for years.” The living collections in botanic gardens are an increasingly important resource for research and development, since modern methods can be used to answer ever new questions, the researcher emphasizes. “At the same time, it's becoming more and more difficult to legally to obtain access to plant material from other countries, which further underlines the importance of the collections.”

Sequencing many hundreds of genes in over 200 species generates a huge amount of data. Evaluating these by computer places enormous demands on software and hardware. “The sequences were evaluated primarily by our partners at Pennsylvania State University and Fudan University,” explains Maximilian Weigend. “Such large-scale investigations can nowadays only be carried out in international collaborations.”

The results make it possible to understand the evolution of flowering plants more precisely than before. The botanist stresses that although this is basic research, it also has tangible practical implications – for example, if one wants to understand how plants have reacted to changing climatic conditions in the past and therefore also what the impact of current or future changes in environmental conditions might be. “In addition, many important crops used by humans are asterids, from potatoes to kiwis and coffee,” he explains.

Many species also produce important agents that could be the basis for future drugs. And if you are looking for an alternative to a plant-based agent, it is best to take a look at a related species. Weigend: “This is another reason why it's important to know the family tree of asteroids in as much detail as possible.”