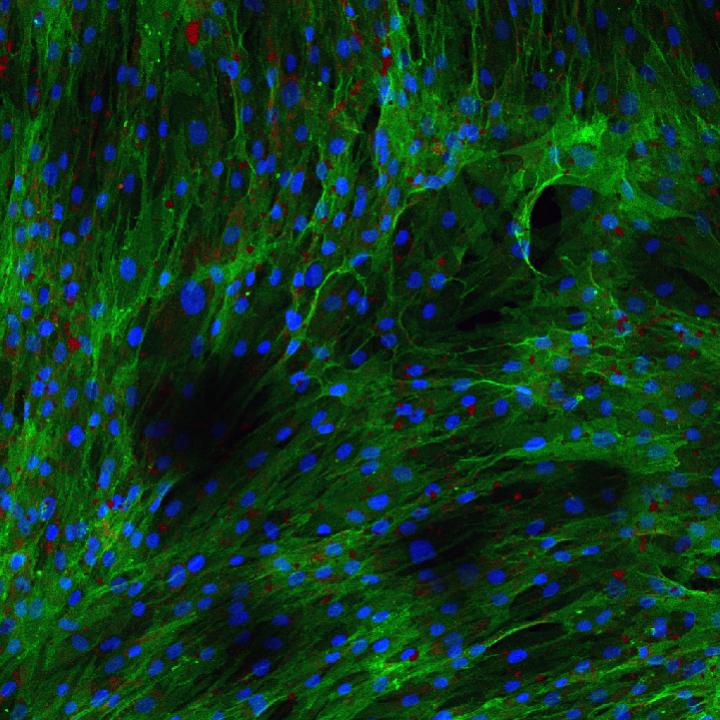 John Bracht, American University biology assistant professor, and his students discovered a new type of cell state that could help ensure one always has the ability to generate healthy fat cells. The finding falls in line with increasing scientific discoveries elucidating how complex our cells are and how much we have yet to learn about their makeup.

The discovery involves stem cells. Stem cells are usually thought of as replicating cells. Other cells perform specific functions. To turn into a specialized cell, a stem cell must be given instructions. As the team grew stem cells in the petri dish, they noticed some stem cells not following orders. They were curious. If the stem cells wouldn't turn into fat cells, then what did they become? Eventually, the team found that the rogue cells could differentiate and become fat cells.

As the team examined the rogue cells, they found a mixture of characteristics. The rogue cells were neither replicating nor differentiating. They were dormant. Interestingly, their gene expression was similar to fat cells.

With all of these clues pointing toward the rogue cells being stem-like, the team continued their work. Finally, the team found the dormant cells could awaken, become active stem cells, and turn into useful fat, bone or cartilage–fulfilling a definition of true stem cells, in spite of their unusual behavior and fat-like gene expression.

“The research results tell us that stem cells are not all that we think they are. A stem cell might look very different, molecularly, than we previously thought,” Bracht said. “Perhaps stem cells are residing in unexpected places.”

When it comes to fat cells, size (and location) matters

Critical to health is the body's generation of the right kind of fat cells, which is the kind that live under the skin. A scientific theory about obesity, called the adipose expandability hypothesis, describes the limits at which the body creates healthy fat cells. When healthy fat cells cannot be made under our skin, existing fat cells grow bigger, and fat gets stored in other parts of the body. That's when adverse health outcomes arise such as heart disease, cancer and other illnesses.

Bracht likens what he observes in the petri dish to what could be happening in the body. “Our idea is that the rogue cells represent what the body would normally keep as a stem cell reservoir in the fat,” Bracht said. “This reservoir is critical. If you run out of these rogue cells, or you're unable to make new fat cells, fat could get deposited in areas of the body where it's unhealthy.”

In other words, if all stem cells followed directions and turned into fat, the body would reach a limit of how much healthy fat to store. These rogue cells breaking off from this process could be a way to maintain healthy fat.

The next step of the research will be to use mouse models to study the dormant cells and investigate a gene the team identified and believes plays a role in determining the rogue cells' fate.

“We want to figure out how do these cells decide whether they're going to accumulate fat or not. There's something behind that – some gene program and epigenetics mechanism,” Bracht said. “We're busily following up in the lab on that right now.”

The team collaborated with researchers at Georgetown University's Flow Cytometry facility. The research paper, “Discovery of a stem-like multipotent cell fate,” has been published in the American Journal of Stem Cells. In addition to Bracht, authors are Paffhausen, E.S., Alowais, Y., Chao, C.W., Callihan, E.C., and Creswell, K.