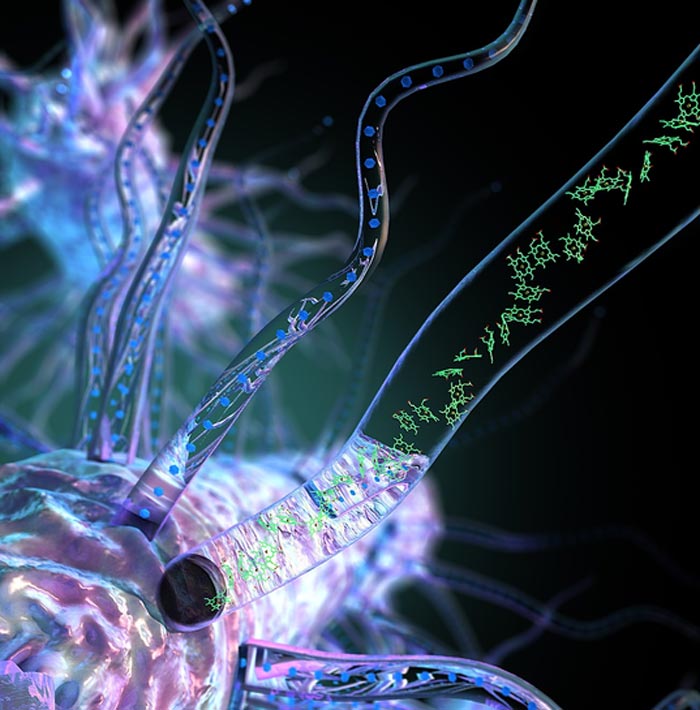 The ground beneath our feet and under the ocean floor is an electrically-charged grid, the product of bacteria “exhaling” excess electrons through tiny nanowires in an environment lacking oxygen.

Yale University researchers have been studying ways to enhance this natural electrical conductivity within nanowires 1/100,000th width of a human hair by identifying the mechanism of electron flow. In a new study published in Science advances, a team led by graduate student Peter Dahl with Nikhil Malvankar, Assistant Professor of Molecular Biophysics and Biochemistry in the Microbial Sciences Institute, and Victor Batista, Professor of Chemistry, found that nanowires move 10 billion electrons per second without any energy loss.

These studies explain the remarkable capacity of these bacteria to send electrons over long distances. The team also found that cooling the environment around the nanowires of Geobacter from room temperature to freezing increases conductivity 300-fold. This is very surprising because cooling typically freezes electrons and slows them down in organic materials.

By combining experiments with theory, the researchers found that the colder temperatures restructure hydrogen bonds and flatten heme proteins within nanowires, thus enhancing the flow of electricity. Leveraging this naturally occurring electrical grid might one day lead to the development of living and self-repairing electrical circuits, new sources of electricity and bioremediation strategies.