A Dream for the Future: “Flying with Green Fuel" 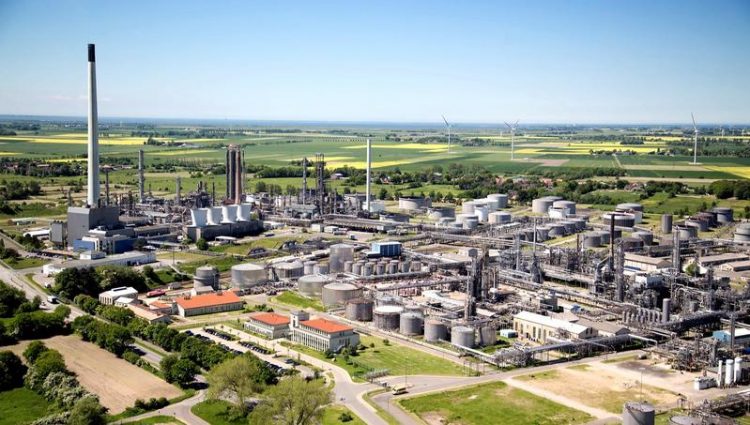 The central goal of the research project “KEROSyN100” is the electricity-based production of environmentally friendly kerosene. Such electricity-based fuels are synthesized fuel substitutes that can replace conventional gasoline, diesel, or kerosene one-to-one.

“Contribution to the Shift away from Fossil Fuels”

Project manager Timo Wassermann from the University of Bremen explains: “Especially in aviation, electricity-based fuels have the potential to make a major contribution to the shift away from fossil fuels and the reduction of greenhouse gas emissions. The use of alternative propulsion technologies that do without hydrocarbon-based fuels is currently not foreseeable in aviation.”

The joint project is coordinated by the University of Bremen. The industry partners Chemieanlagenbau Chemnitz GmbH, Raffinerie Heide GmbH, and SKL Engineering & Contracting GmbH are also involved. The science partners comprise the TU Bergakademie Freiberg, the DLR Institute of Networked Energy Systems, and the Institute for Climate Protection, Energy and Mobility (IKEM). The Institute for Advanced Energy Systems (AES) with the participating departments Resiliente Energiesysteme (resilient energy systems), and Systemverfahrenstechnik (process systems engineering) is the executive body at the University of Bremen.

The project proposal, which has the full title “KEROSyN100: Entwicklung und Demonstration einer dynamischen, effizienten und skalierbaren Prozesskette für strombasiertes Kerosin – Phase 1” (KEROSyN100: development and demonstration of a dynamic, efficient, and scalable process chain for electricity-based kerosene – phase 1), will be funded by the Federal Ministry for Economic Affairs and Energy with 4.24 million euros over the next three years.

The project was funded as part of the funding initiative “energy transition in the transport sector: sector coupling through the use of electricity-based fuels” and is associated with the ENTREE100 project initiative of the Entwicklungsagentur Region Heide (Heide region development agency).

Through the interaction of investigations based on system analysis and the development of an innovative technology for the synthesis of kerosene from methanol, electricity-based kerosene is to be brought closer to a market launch. Furthermore, the basic engineering for a customized demonstration plant at the Raffinerie Heide oil refinery site is being developed in the project. Wind energy generation in the vicinity of the refinery plays a central role here. Within the scope of the research project, the aim is to use wind energy, which is currently being regulated and thus lost due to grid bottlenecks and a lack of flexibility in the system.

About the University of Bremen

Top-performing, diverse, reform-minded, and singularly cooperative – that about sums up the University of Bremen. Around 23,000 people learn, teach, research, and work on its international campus. Their shared goal is to contribute to the advancement of society. With well over 100 degree programs, the range of subjects offered by the University is broad. As one of Europe’s leading research universities, it maintains close cooperation with non-university research institutions in the region. This spirit of cooperation led to the founding of the U Bremen Research Alliance in 2016. The University’s competence and dynamism have also attracted numerous companies to settle in the technology park surrounding the campus. This has created an important national location for innovation – with the University of Bremen at its heart.