The world`s oldest fossilised vomit, believed to have come from a large marine reptile that lived 160 million years ago, has been discovered in a clay quarry in Peterborough by the University of Greenwich`s Professor Peter Doyle and Dr Jason Wood of the Open University.

The vomit contains the remains of dozens of belemnites – squid-like shellfish that lived in abundance in the seas around what is now Britain. The belemnites were eaten in great numbers by ichthyosaurs, large marine reptiles (

“From 28-30 January, we observed a pronounced `streamer event`,” explains DLR`s Thilo Erbertseder, “where streamers of tropical air pushing up from the equatorial regions spread over s 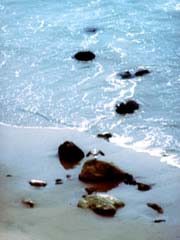 30 years of slowing Pacific circulation may have changed climate

A recent slowing in the circulation of Pacific Ocean waters could have raised Pacific sea surface temperatures. It may even mean that less carbon has reached the atmosphere from the ocean surface over the past two decades.

Across the Pacific, water circulates in two giant loops in the Northern and Southern Hemispheres. It flows from the subtropics to the tropics about at a depth of 100-400 metres, rises to the 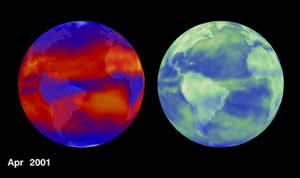 Climate prediction just got trickier, according to two new studies appearing in the current issue of the journal Science. Analysis of more than two decades of satellite data shows that more sunlight entered the tropics and more heat escaped to space in the 1990s than a decade earlier. Moreover, current climate models fail to account for the new findings, suggesting that they may contain more uncertainty than previously thought.

For the earth’s climate to remain unchanged, the planet’s ener

Researchers from the University of Amsterdam have demonstrated that the climate in South Mexico changed following the collapse of the Maya empire. From preserved pollen grains the paleoecologists could deduce that the climate quickly became dryer.

The climate becoming dryer, explains the decrease in the population following the collapse of the Maya empire. The climate researchers have therefore helped to solve an archaeological mystery.

With the help of pollen grains, the paleoeco 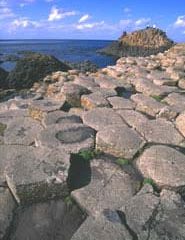 The Giant’s Causeway is not the work of men or monsters, but a natural consequence of how lava cools and solidifies, new computer simulations suggest.

The causeway is a field of roughly hexagonal basalt columns up to 40 feet high on the shores of County Antrim in Northern Ireland. It arose when a flow of volcanic rock split into hexagonal columns to relieve stress, according to Eduardo Jagla

The delicate balance of life and death in Africa is nowhere more evident than on the banks of the continent`s mighty rivers. Rural communities depend on the rich silt brought down by rivers for farming but they are also at risk of devastating floods, as are urban dwellers in informal settlements that are often built on floodplains.

Dr Sue Marriott, reader in earth sciences at UWE`s Faculty of the Built Environment, is setting off this month to help with training environmental managers in fl

Results from a 20-year study reveal dramatic ecological changes to lakes in Antarctica caused by a 1°C temperature increase. The findings, reported this week in SCIENCE, are yet more evidence of extreme changes in the Antarctic Peninsula region. This area has experienced some of the most rapid warming of anywhere on Earth in the past 50 years (2.5°C). The study lakes, on Signy Island, lie some 700 km north-east of the Antarctic Peninsula.
Scientists from the Cambridge-based British Antarctic Surv 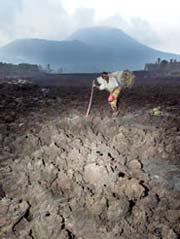 But the lack of a functioning government in the war-torn region may have prevented the evacuation of the nearby city of Goma, where 45 were confirmed dead and an existing humanitarian crisis was worsened by the eruption.

One of the really big challenges in anthropology is to date accurately the arrival of humans in the different continents. New results, to be published in a forthcoming issue of the Journal of Quaternary Science, show that humans arrived in Australia a lot earlier than was previously thought.

It is generally argued that humans evolved in Africa and then spread out over the other continents progressively through time, arriving in the most distant, such as Australasia, relatively recently. The