One of the more controversial environmental issues, which emerged in the final years of the Soviet era, was the plan to dam and reverse the flow of north-flowing rivers in order to irrigate the dry southern steppes. This scheme was roundly criticised by scientists and environmentalists at the time because of fears for the impact on the Arctic Ocean and global climate. It now appears that nature performed this experiment some 90,000 years ago.

This months issue of the Journal of Quaternary 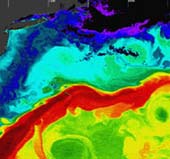 A new method for detecting tiny quantities of a rare form of the element argon may help oceanographers to trace the vast undersea currents that regulate our planet’s climate.

The technique can pick out one atom of the rare isotope argon-39 (39Ar) amid 10 million billion other atoms. That’s equivalent to detecting less than a litre of water in America’s 300-mile Lake Michigan.

Philippe Collon, a nuclear physicist at the Lamon 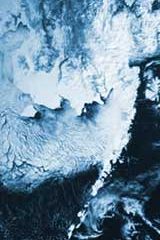 Natural randomness in the world’s climate system may have caused the frequent, fast and fleeting returns to warm conditions during past ice ages, say two German scientists 1 .

Andrey Ganopolski and Stefan Rahmstorf at the Potsdam Institute for Climate Impact Research think that the flickering character of ice-age climate is a signature of stochastic resonance. This is the counter-intuitive phenome

In the first weeks of the New Year a team of European scientists drilled successfully through 2002 metres of ice at Dome Concordia, high on East Antarctica`s plateau – one of the most hostile places on the planet. A specially created laboratory on the ice enabled scientists to analyse, for the first time, past climate shifts within hours of each 3 m length of core being drilled – rather than waiting months or years for detailed study back in European labs. The team, working on a seven-year Antarctic

While the rest of world has warmed, Antarctica has grown chillier, scientists say. According to a new study, air temperature on the southernmost continent fell by 0.7 degree Celsius per decade between 1986 and 2000 – a cooling trend that has come with ecological consequences.

The findings may come as a surprise to climate researchers. Conventional wisdom holds that the polar regions should be the first to show the effects of global warming. And previous work has indeed detected increased t

Not only geologists are interested in giant canyons of Kursk Magnetic Anomaly, but also soil scientists. There is very convenient place to watch old soils, which earlier were on the surface. As the canyons grew wider, details of ancient landscapes and their changes appear. While studying one of those canyons, Svetlana Sycheva from the Institute of Geography Russian Academy of Sciences has found that earlier there was a system of large ravines, now buried under a thick layer of sediments.

The 2001 calendar year was slightly warmer than “average,” according to global climate data gathered by instruments aboard NOAA satellites.

The composite global temperature for 2001 was 0.06 degrees C (about 0.11 degrees Fahrenheit) warmer than the 20-year (1979-to-1998) average, said Dr. John Christy, a professor of atmospheric science and director of the Earth System Science Center at The University of Alabama in Huntsville (UAH).

Compared to other years, 2001 was the ninth warmes

The Science Of Ball Lightning

This theme issue of Philosophical Transactions A (a Royal Society journal) deals with the phenomenon of ball lightning, a rarely seen and slow-moving luminous phenomenon usually associated with thunderstorms. A collection of previously unpublished sightings is presented, including close-up encounters describing the detailed internal structure of the balls. Many of these observations are from scientifically or technically trained people, probably doubling the n 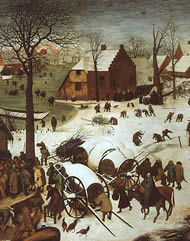 A solar slump may have chilled the Northern Hemisphere.

The flickering sun may cause rapid climate change, according to a new comparison of climate records. A 200-year cold snap 10, 300 years ago seems to have coincided with a passing slump in the sun’s activity 1 .

Svante Bjorck of Lund University in Sweden and colleagues looked at sediments in Lake Starvatn on the Faroe Islands and in the Norwegian Sea, the width of growth rings in ancient German pine trees

Residual heat from volcanic activity may be causing a river of ice to flow in Greenland, a new study indicates. Geologists have found that the region directly above a stream of relatively fast moving ice is thinner than a simple model of glacier change would predict. This observation, described in a report published today in the journal Science, may help researchers pin down the contribution ice sheets have made to sea level changes.

Glaciers are built up from layers of fused snow that spr