Scientists at Umeå University in Sweden are putting forward an entirely new picture of climate change and the first immigration of trees following the last Ice Age. Research shows that 8,000-14,000 years ago the climate was considerably warmer than was previously thought. When it was at its warmest 9,000-10,000 years ago, the timberline was 500 m higher than today, and leafy trees grew in the mountains. The spruce immigrated considerably earlier that was assumed until now, and it probably came from t 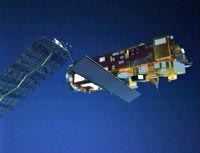 Since its successful launch into sun synchronous orbit on the morning of the first of March, Envisat has been getting ready to start observing the Earth.

Its 70 m2 of solar arrays are fully deployed, thus enabling it to obtain power from the Sun, and the ASAR antenna is now extending to its full 10 m, ready for its deployment in space. This will bring to an end the Launch and Early Orbit Phase.

The next step is the Switch on and Data Acquisition Phase that starts today. One by on

Four years ago, torrential rains battered the Southern US, mudslides struck in Peru – and the inhabitants of Canada`s west coast saved up to 30% on their winter heating bills. The cause? El Niño, a huge temperature shift in the Pacific Ocean which spawns climate changes globally. Today, using satellite Earth observation data, scientists are detecting the early warning signs of a new El Niño event and predicting that it will develop over the next 3 to 6 months, bringing climate changes to countries th

Cold water gets mixed in ‘blender’ of Scotia Sea

The Scotia Sea, located between the Antarctic and the tip of South America, acts like a ‘blender’ on the very cold ocean waters that influence global ocean circulation patterns and ultimately climate, according to new research from the University of East Anglia (UEA) and published today (28 February) in the international journal Nature.

Europe’s showpiece in climate monitoring is called Envisat. Fully equipped, the largest, most complex, and most powerful Earth observation satellite of the European Space Agency (ESA) is 25 meters high, ten meters wide and weighs over eight tons, scheduled for launch in the night of 28 February /1st March on an Ariane 5 launcher.

Europe’s flying behemoth is on the trail of climate change. It will deliver data about global warming, ozone depletion and climate change for at least five 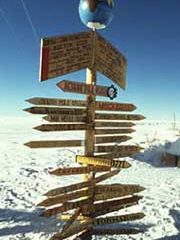 Satellites see through snow to steer safely across Antarctica.

Satellite images that expose perilous crevasses now reveal safe overland routes to the South Pole. Carolyn Merry of Ohio State University in Columbus has pieced together high-resolution satellite pictures that see through the snow, to map the passable Pole 1 .

Since a snow tractor, floundered into a hidden fissure in 1991, all supplies have been flown into the US South Pole research station. Safe t 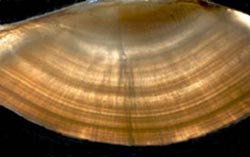 Using tiny bone fragments from fossilized fish, scientists have traced the roots of the climate phenomenon known as El Niño, the intermittent warming of ocean waters off the coast of Peru that can affect weather worldwide. According to a report published in the current issue of the journal Science, modern El Niño conditions arose around 5,000 years ago.

Previous research based on fossilized mollusk remains had suggested that El Niño conditions did not exist thousands of years ago, but those 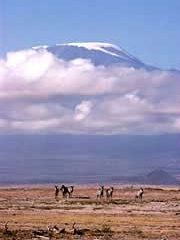 Link between climate and malaria broken

Drug resistance, or the failure of the health-care system to keep pace with population growth, are more likely culprits for malaria’s rise, say Simon Hay, of the University of Oxf 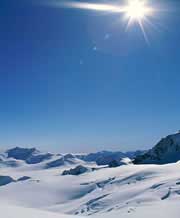 Bleak forecast for sea level in 2100.

Sea level could rise by up to 30 centimetres over the next century, a new estimate predicts. That’s almost twice as much as the Intergovernmental Panel on Climate Change (IPCC) projected last year.

“My grandchildren will almost certainly be affected,” says Mark Meier of the University of Colorado, Boulder, who made the revised estimate. Such a rise could push shorelines back by 30 metres, he said, flooding coasts and submerging islands.

Climate and pollution: a week link?

Atmospheric carbon dioxide is lower at the weekend.

The climate-monitoring station on Mauna Loa volcano on Hawaii, 3,400 metres above sea level, could hardly be farther away from it all. Yet even here there is no escaping the weekly rhythm of modern life. The observatory records lower concentrations of carbon dioxide in the atmosphere at the weekend than during the week.

Because there is no known natural cause of such a seven-day cycle, Randall Cerveny of Arizona State Univer