A supernova may have caused mass extinction two million years ago.

The explosion of a dying star could have ended much of marine life on Earth two million years ago. The supernova could have strafed the Earth’s atmosphere with cosmic rays, severely damaging the ozone layer and exposing living organisms to high levels of the Sun’s hazardous ultraviolet rays, US researchers propose 1 .

This idea dates back to the 1950s, but now Narciso Benítez of Johns Hopkins 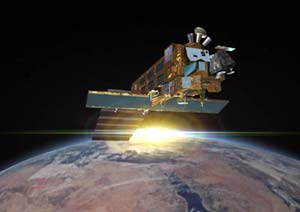 A voyage from space to sea with Envisat

Envisat, whose launch is scheduled end of February 2002, will tirelessly sweep the Earth`s surface and atmosphere, using a suite of ten different scientific instruments.

Over a 35-day cycle, the satellite`s orbit will cover the entire planet, and then start all over again. Two thirds of the time it will be over water. Because of the sheer size of the oceanic currents, the complexity of thermal exchanges, and ocean-atmosphere coupling, the ocean is a crucial factor in explaining the w 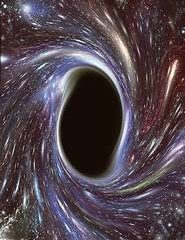 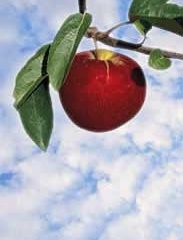 Far from falling smoothly, objects moving under gravity do so in lurching, quantum leaps, a French experiment has revealed 1 . The finding confirms that gravity, like the Universe’s three other fundamental forces, can have a quantum effect.

Particles, such as electrons confined to their orbital shells around the nucleus of an atom, are restricted by the rules of quantum mechan 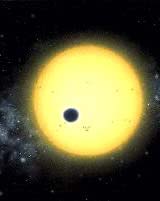 European planet hunters are rallying round a beleaguered effort to launch the first spacecraft that might detect Earth-like planets beyond our own Solar System. Meeting in London last week they agreed that the low-cost, low-risk mission has a lot to offer.

The planet-spotting mission Eddington has been approved by the European Space Agency (ESA), but is currently on hold awaiting funds; unless they ma

Good news: How the Earth will survive when the Sun becomes a supergiant

The astronomy textbooks will have to be rewritten, say astrophysicists at the University of Sussex who have re-examined standard calculations about solar evolution and the distant future of the Earth.

The textbooks tell us that one day the Sun will burn up its nuclear fuel and expand to an enormous size, finally engulfing its inner planets including Earth. However, using the latest data based on real stars, the University of Sussex researchers suggest a (slightly) less catastrophic future f