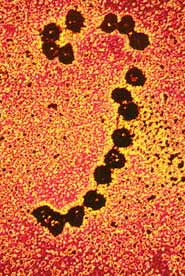 Andrew Simpson, of the Ludwig Institute for Cancer Research in Sao Paulo, Brazil, and colleagues have produced a whopping 700,000 DNA tags, representing the genes that are active in 24 normal and cancerous tissues1.

The team estimates that their set of tags covers about 60 per cent of all human genes. The tags are taken from ’messenger RNA’ transcripts – templates for protein production that are made when a gene is in action.

Experimental approaches such as this are upping estimates of the total number of human genes from the computer-generated figure of 30,000 trumpeted earlier this year. “We’ve got good evidence for 50,000-60,000 genes in the human genome,” says Simpson, adding that laboratory work is “the only real way to identify genes”.

Over one-third of the 700,000 tags seem to come from previously unidentified genes. The team has also identified some genes that are selectively active in cancer cells. Such methods are giving us “a much more precise molecular definition of different cell types, be they normal or diseased”, says genomics researcher Robert Strausberg of the National Cancer Institute in Bethesda, Maryland.

Transcript analyses reveal differences between apparently identical tumours. “You can’t tell under the microscope that these are different cancers, but you can look at the transcripts and tell them apart,” says Strausberg. “You could use this information in developing new drugs and doing clinical trials.”

The new technique is particularly good at extracting information from the centre of messenger RNAs, where a gene’s function often resides. It is also good at spotting rare transcripts among the 300,000 in any cell. These, Simpson believes, are more likely to be specific to particular tissues.

Every tissue will have its own set of activated genes – its ’transcriptome’ – which will also vary over time. Labs around the world are using different techniques to map the transcriptome for different tissues. “In many ways it’s a more challenging goal than the human genome,” says cancer researcher Victor Velculescu of Johns Hopkins University in Baltimore, Maryland.