Home / Studies and Analyses / Brain structure varies depending on how trusting people are of others, study shows
09.03.2015

Brain structure varies depending on how trusting people are of others, study shows 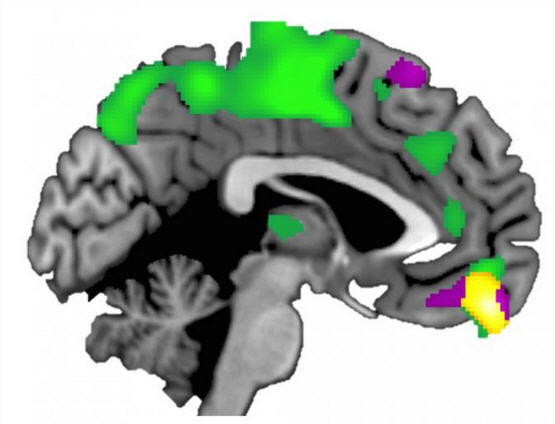 The research may have implications for future treatments of psychological conditions such as autism, said the study's lead author Brian Haas, an assistant professor in the department of psychology. Each autism diagnosis is on a spectrum and varies, but some diagnosed with the condition exhibit problems trusting other people.

“There are conditions, like autism, that are characterized by deficits in being able to process the world socially, one of which is the ability to trust people,” Haas said.

“Here we have converging evidence that these brain regions are important for trust; and if we can understand how these differences relate to specific social processes, then we may be able to develop more targeted treatment techniques for people who have deficits in social cognition.”

Haas and his team of researchers used two measures to determine the trust levels of 82 study participants.

Participants filled out a self-reported questionnaire about their tendency to trust others. They also were shown pictures of faces with neutral facial expressions and asked to evaluate how trustworthy they found each person in the picture. This gave researchers a metric, on a spectrum, of how trusting each participant was of others.

Researchers then took MRI scans of the participants' brains to determine how brain structure is associated with the tendency to be more trusting of others. What researchers found, said Haas, were differences in two areas of the brain.

“The most important finding was that the grey matter volume was greater in the ventral medial prefrontal cortex, which is the brain region that serves to evaluate social rewards, in people that tended to be more trusting of others,” he said.

“Another finding that we observed was for a brain region called the amygdala. The volume of this area of the brain, which codes for emotional saliency, was greater in those that were both most trusting and least trusting of others. If something is emotionally important to us, the amygdala helps us code and remember it.”

Future studies may focus on how, and if, trust can be improved and whether the brain is malleable according to the type of communication someone has with another, he said.

The study on “The tendency to trust is reflected in human brain structure” is available online at http://www.sciencedirect.com/science/article/pii/S1053811914009902.