Quick, Precise, but not Cold 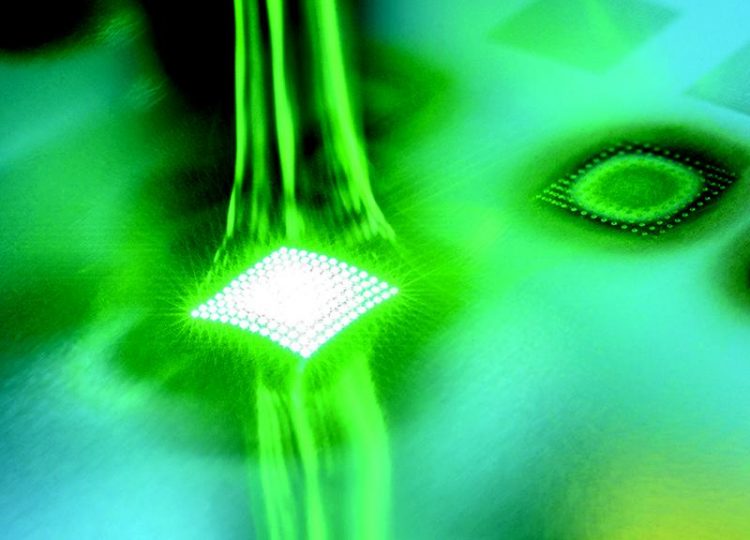 Ultrashort laser pulses (USP) have enormous advantages: they can ablate with submicrometer precision, vaporizing the ablated material immediately without melt or splash. This makes them useful for many applications: medical professionals have long been using them for eye operations, and industrial applications in the electronics and consumer goods sectors are already important market segments that promise a large application portfolio.

Until recently, the main obstacle to wider industrial use of ultrafast lasers was the complexity of their beam sources. This has since changed: all large laser manufacturers now offer solid systems with an output range of up to 100 W. What seems more difficult at the moment is how to efficiently translate that high power to the workpiece. Equally exciting are the debates on system technology and application development.

Every two years, the USP community meets in Aachen to discuss progress in the development and application of ultrashort laser pulses. To this end, the UKP-Workshop: Ultrafast Laser Technology maps out all aspects of technology development – presenting the state of technology from the basics to fully automated systems for industrial application.

For years now, researchers like Prof. Beat Neuenschwander from the Bern University of Applied Sciences in Switzerland have been studying thermal effects and the efficiency of high-power ultrafast lasers. He demonstrated that when operating at high output, they in fact deposit heat on the workpiece, significantly impacting the ablation process. He has also worked up initial reviews regarding which parameters optimize ablation on which materials.

Prof. Thomas Graf from the IFSW of the University of Stuttgart summed up the theory of thermal effects using a few simple formulas. He identified the limits, too, using equally clear words: “We still don’t fully understand how much heat ultrashort pulses leave behind,” he said. “We are currently working on simulations at a molecular level to better understand the processes at play.”

Both scientists agreed on one aspect: thermal effects of high-power USP lasers are absolutely critical for the ablation process. It is virtually impossible to plan an industrial USP process without an accurate understanding of absorption and thermal energy transfer. In recent years, researchers have examined many details concerning copper, steel and other materials, but the current state of knowledge does not suffice for a complete understanding of all thermal effects.

In addition to the question of how to optimize processes with regard to thermal effects, much discussion this year also focused on process and system technology. “It’s about how we can put the laser power into practice,” said Dr. Arnold Gillner, workshop organizer from Fraunhofer ILT, in summing up the debate.

One side of the debate presented extremely powerful laser sources (EdgeWave, AMPHOS, Fraunhofer ILT) of several hundred watts, while the other pointed out that the technology required to also use these services for actual productivity gains is still in development.

Fraunhofer ILT presented scanners with over 1000 m/s for single-beam (Scanlab) and multiple-beam processes, where up to 600 beams can be used in parallel. Both approaches are currently undergoing industrial testing.

On the topic of beam generation and distribution, the idea of “pulse on demand” – a technology to generate any number of pulses at any time – was discussed with some first solutions but also a number of challenges with respect to synchronization of beam sources, scanners and processes.

There was, however, good news to report on beam guidance using special fibers for ultrafast lasers (Photonic Tools PT). With destruction thresholds of more than 1 GW/cm² photonic crystal fibers provide a good solution for the majority of current applications. Moreover special gas fillings in photonic crystal fibers create additional effects, such as pulse reduction and wavelength broadening, which opens up several intriguing possibilities for shorter pulses.

The discussion on beam sources once again called for the development of more systems with over 100 W output power, in spite of the currently limited number of industrial applications. A positive observation in this respect is that ytterbium systems are now also available at pulse durations of less than 200 fs using spectral broadening, thus dispensing with expensive titanium-sapphire laser solutions.

3D Micromac introduced several automated systems from the solar and semiconductor sector, systems that are also specially used to process transparent materials. GF Machining Solutions exhibited a system with a combined nanosecond and picosecond laser. These systems are targeted at the surface processing (texturing) segment.

Another exciting application was the use of USP technology in the printing industry presented by Schepers. Here, as part of a research project, several USP solutions were tested and large areas processed quickly. Microstructuring of large surfaces appears to show considerable potential in this respect.

Where Is the Trend Headed?

Regarding the state of system development, Dr. Gillner commented, “We’re still waiting for the right USP machine tool.” Several niche solutions have established themselves, many new applications are being tested, but a simple system for multiple applications is not yet in sight.

However, one thing is certain: the future lies in boosting productivity. For this, thermal effects need to be better understood and robust solutions in system technology must be developed.

Achieving this requires intensive cooperation among researchers, system developers and users, something that the UKPL Innovation Network, for example, actively pursues. It’s likely to be exciting times when the community meets again at the fifth UKP-Workshop: Ultrafast Laser Technology to be held on April 10 and 11, 2019. Participants also agreed that the wider application of USP lasers has only just begun.