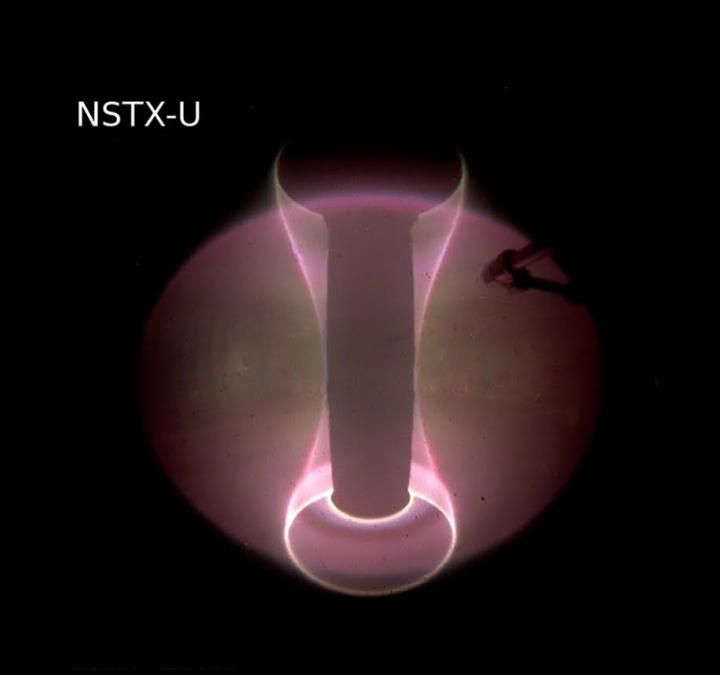 The sun and most stars are giant balls of plasma that undergo constant fusion reactions. Here on Earth, scientists must heat and control the plasma to cause the particles to fuse and release their energy. PPPL research shows that ML can facilitate such control.

Researchers led by PPPL physicist Dan Boyer have trained neural networks — the core of ML software — on data produced in the first operational campaign of the National Spherical Torus Experiment-Upgrade (NSTX-U), the flagship fusion facility, or tokamak, at PPPL.

The trained model accurately reproduces predictions of the behavior of the energetic particles produced by powerful neutral beam injection (NBI) that is used to fuel NSTX-U plasmas and heat them to million-degree, fusion-relevant temperatures.

These predictions are normally generated by a complex computer code called NUBEAM, which incorporates information about the impact of the beam on the plasma. Such complex calculations must be made hundreds of times per second to analyze the behavior of the plasma during an experiment.

But each calculation can take several minutes to run, making the results available to physicists only after an experiment that typically lasts a few seconds is completed.

The new ML software reduces the time needed to accurately predict the behavior of energetic particles to under 150 microseconds — enabling the calculations to be done online during the experiment.

Initial application of the model demonstrated a technique for estimating characteristics of the plasma behavior not directly measured. This technique combines ML predictions with the limited measurements of plasma conditions available in real-time.

The combined results will help the real-time plasma control system make more informed decisions about how to adjust beam injection to optimize performance and maintain stability of the plasma — a critical quality for fusion reactions.

The rapid evaluations will also help operators make better-informed adjustments between experiments that are executed every 15-20 minutes during operations. “Accelerated modeling capabilities could show operators how to adjust NBI settings to improve the next experiment,” said Boyer, lead author of a paper in Nuclear Fusion that reports the new model.

Boyer, working with PPPL physicist Stan Kaye, generated a database of NUBEAM calculations for a range of plasma conditions similar to those achieved in experiments during the initial NSTX-U run.

Researchers used the database to train a neural network to predict effects of neutral beams on the plasma, such as heating and profiles of the current.

Software engineer Keith Erickson then implemented software for evaluating the model on computers used to actively control the experiment to test the calculation time.

New work will include development of neural network models tailored to the planned conditions of future NSTX-U campaigns and other fusion facilities. In addition, researchers plan to expand the present modeling approach to enable accelerated predictions of other fusion plasma phenomena. Support for this work comes from the DOE Office of Science.

PPPL, on Princeton University's Forrestal Campus in Plainsboro, N.J., is devoted to creating new knowledge about the physics of plasmas — ultra-hot, charged gases — and to developing practical solutions for the creation of fusion energy. The Laboratory is managed by the University for the U.S. Department of Energy's Office of Science, which is the largest single supporter of basic research in the physical sciences in the United States, and is working to address some of the most pressing challenges of our time.