What even Einstein didn't know 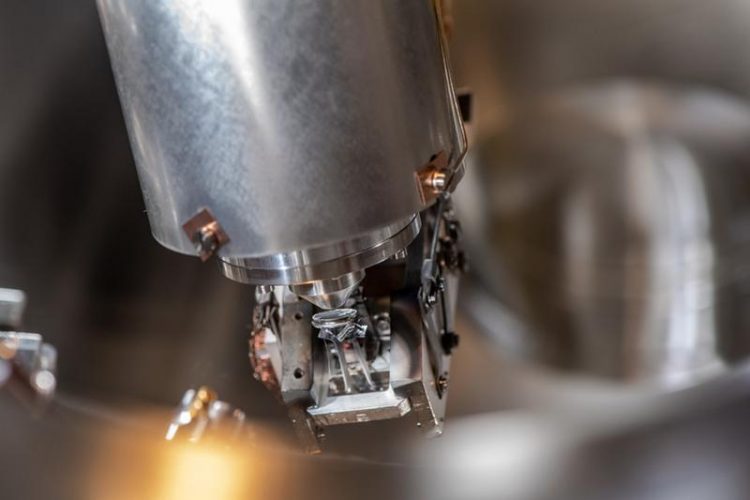 Kienberger's team has developed a measurement method that allows to determine the time between the recording of an X-ray photon and the emission of an electron. A. Heddergott/ TUM

When a solid body is irradiated with X-rays, electrons separate from it and move towards the surface. But how long does this take? This question was investigated by the international research team led by Prof. Reinhard Kienberger from the Chair of Laser and X-ray Physics at the TUM, who comes from the province of Salzburg.

This is because in the past, only the direction and energy of the electrons could be determined. Previously, the path of the electrons, e.g. through a crystal, could not be observed due to its microscopic dimensions and the extremely short duration of the process.

However, the international team developed a new measuring method which now allows the time between the absorption of an X-ray photon and the emission of an electron to be determined. For this purpose, the physicists “glued” individual iodine atoms to a tungsten crystal and exposed it to X-ray flashes which triggered the photoelectric effect. Because the iodine atoms react extremely quickly to incident X-rays, they serve as light and electron stopwatches.

In order to increase the precision of the measurement, these stopwatches were then calibrated in a further experiment with an only recently developed absolute reference (see second publication below). “This allows the emission of the photoelectrons from a crystal to be determined with an accuracy of a few attoseconds”, says Reinhard Kienberger. An attosecond is a billionth of a billionth of a second.

The measurement shows that photoelectrons from the tungsten crystal can be generated in around 40 attoseconds — around twice as fast as expected. This is due to the fact that light of certain colors interacted primarily with the atoms in the uppermost level of the tungsten crystal.

Another interesting effect was also observed during the experiment: Electrons from atoms on the surface of a crystal are freed even faster. Upon being irradiated with X-rays, they immediately released electrons without a measurable delay. This could be interesting for the manufacturing of particularly quick photocathodes for an application in a free-electron laser, concluded the TUM researchers, as they now know how to accelerate or manipulate the photon-electron conversion.

Furthermore, the new method can also be used to examine the behavior of complicated molecules on surfaces — a promising approach to e.g. develop innovative new solar cells. With the knowledge of these hitherto unknown photochemical processes, technical applications can now be optimized even further.