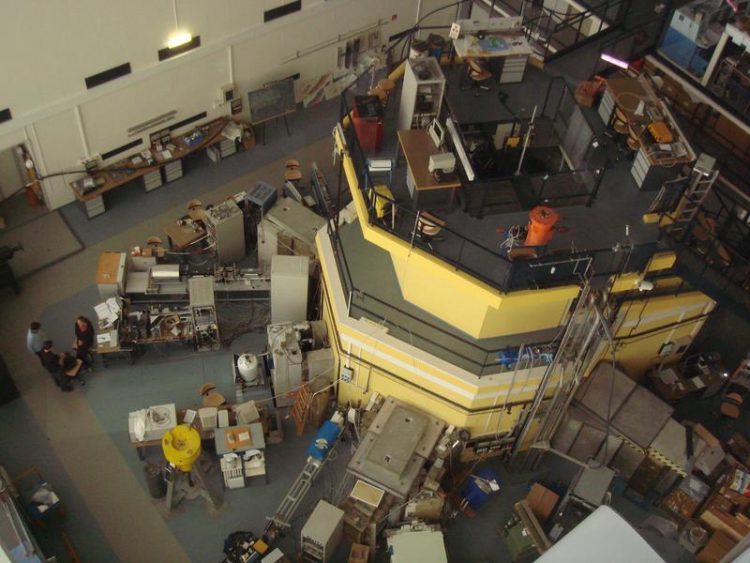 In the quantum regime, phenomena such as the Heisenberg’s Uncertainty Principle have to be taken into account as well. Experiments at TU Wien in collaboration with theoreticians from Japan and Australia now have a newer, closer look at the uncertainty with respect to information theory. Fundamentals of quantum physics are illuminated by the insights from information theory.

Heisenberg's Uncertainty Principle is one of the most fundamental tenets of quantum physics. It states that certain properties of quantum particles, such as position and momentum, cannot be determined simultaneously with arbitrary precision. A particle can be in different places at the same time, and take different velocities simultaneously.

The question of where and how fast the particles “really” move is meaningless – nature simply does not contain any information about it – one might say the particles do not know themselves. While this is the modern understanding of the Uncertainty Principle, historically the emphasis was on a different aspect: the change in a system caused by the very act of observing it.

If you want to measure, for example, the location of an electron with the help of light waves very precisely, then you have to use very short light waves. However, short-wavelength light has a lot of energy, so that the momentum of the particle is changed considerably. The more accurately you want to measure the position, the more you disturb the momentum. “Unfortunately, these two representations of the uncertainty in everyday physics, but also in textbooks, are often confused, although they describe totally different physical circumstances,” says Stephan Sponar from the Institute of Atomic and Subatomic Physics at TU Wien.

Last year, physicists in Australia, the US and Japan, by using the so-called information entropy, precisely analyzed uncertainty in terms of “knowledge” and “predictability” and established a trade-off relation between them. These concepts play a central role in the theory of communication, engineering and computer science. “Therefore, it is perfectly natural to find a formulation of the Heisenberg uncertainty principle, which is based on principles of information theory,” says Bülent Demirel.

The research group of Prof. Hasegawa at TU Wien tested this new formulation by a neutron optical method, using the research reactor at the Institute of Atomic and Subatomic Physics. For the experiment, the spins of neutrons produced in nuclear fission were determined by successive measurements. Unlike in classical computer science, where classical bits can have only the values 0 or 1, the spin represents a so-called quantum bit (qubit) of information. For spin measurements, an uncertainty principle applies, just like for position and momentum. One cannot simultaneously measure the spin in the X-direction and in the Y-direction precisely. Thus, one can view the neutron spins as a carrier of qubits and thus test the information-theoretical uncertainty.

It was possible to test the trade-off relation for “knowledge” and “predictability”. The higher the knowledge of spin in the X-direction acquired by the measurement of the qubit, the lower was the predictability of its spin in the Y-direction, and vice versa. Quantum information prohibits having both high knowledge and high predictability. Further, protocols for quantum error correction were applied to determine how much information loss is reversible and can therefore be regained and how much information will be inevitably destroyed by a measurement. The correctness of the postulated relationship between knowledge and predictability was clearly demonstrated, with the utmost precision. This work will be presented by the research team in the journal “Physical Review Letters” and has been chosen as “Editor's Suggestion”.

The new results quantify the limits of the transmission of information through quantum channels and thus are very important in many areas of quantum information technology. Noisy communication channels, information loss along such channels, and the quantum encryption of data may be better understood.