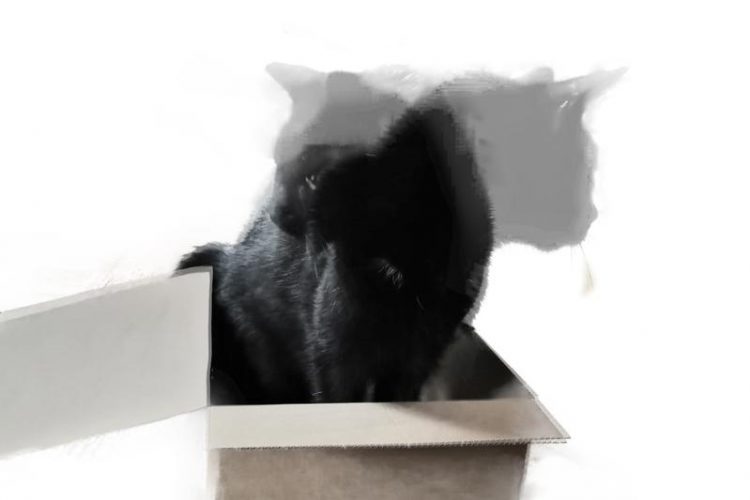 In 1935, the physicist Erwin Schrödinger put forward the thought experiment with the quantum cat, in which the cat is enclosed in a box together with a radioactive sample, a detector and a lethal amount of poison. If the radioactive material decays, the detector triggers an alarm and the poison is released.

The special feature is that according to the rules of quantum mechanics, unlike everyday experience, it is not clear whether the cat is dead or alive. It would be both at the same time until an experimenter takes a look. A single state would only be obtained starting from the time of this observation.

Since the early 1980s, researchers have been able to realize this superposition of quantum states experimentally in the laboratory using various approaches. “However, these cat states are extremely sensitive. Even the smallest thermal interactions with the environment cause them to collapse,” explains Tommaso Calarco from Forschungszentrum Jülich.

Among other things, he plays a leading role in Europe's major quantum initiative, the EU's Quantum Flagship programme. “For this reason, it is only possible to realize significantly fewer quantum bits in Schrödinger cat states than those that exist independently of each other”.

Of the latter states, scientists can now control more than 50 in laboratory experiments. However, these quantum bits, or qubits for short, do not display the special characteristics of Schrödinger's cat in contrast to the 20 qubits that the team of researchers have now created using a programmable quantum simulator thus establishing a new record that is still valid even if other physical approaches with optical photons, trapped ions or superconducting quantum circuits are taken into account.

Experts from several of the world's most renowned institutions joined forces to develop the experiment. In addition to the Jülich researchers, scientists from numerous top American universities – Harvard, Berkeley, MIT and Caltech – as well as the Italian University of Padua were involved.

“Qubits in the cat state are considered extremely important for the development of quantum technologies,” explains Jian Cui. “The secret of the enormous efficiency and performance expected of future quantum computers is to be found in this superposition of states,” says the physicist from the Peter Grünberg Institute at Jülich (PGI-8).

Classical bits in a conventional computer always only have one certain value, which is composed of 0 and 1, for example. Therefore, these values can only be processed bit by bit one after the other. Qubits, which have several states simultaneously due to the superposition principle, can store and process several values in parallel in one step. The number of qubits is crucial here. You don’t get far with just a handful of qubits. But with 20 qubits, the number of superimposed states already exceeds one million. And 300 qubits can store more numbers simultaneously than there are particles in the universe.

The new result of 20 qubits now comes a little closer to this value, after the old record of 14 qubits remained unchanged since 2011. For their experiment, the researchers used a programmable quantum simulator based on Rydberg atom arrays. In this approach, individual atoms, in this case rubidium atoms, are captured by laser beams and held in place side by side in a row. The technique is also known as optical tweezers. An additional laser excites the atoms until they reach the Rydberg state, in which the electrons are located far beyond the nucleus.

This process is rather complicated and usually takes too much time, such that the delicate cat state is destroyed before it can even be measured. The group in Jülich contributed their expertise in Quantum Optimal Control to solve this issue. By cleverly switching the lasers off and on at the right rate, they achieved a speed up in the preparation process which made this new record possible.

“We practically inflated some atoms to such an extent that their atomic shells merge with the adjacent atoms to simultaneously form two opposite configurations, namely excitations occupying all even or odd sites,” explains Jian Cui. “This goes so far that the wave functions overlap as in the analogy of Schrödinger's cat and we were able to create the superposition of the opposite configurations which is also known as the Greenberger-Horne-Zeilinger state.”

Their advances in quantum research were complemented by the efforts of a Chinese research group, which was also published in the current issue of “Science”. Using superconducting quantum circuits, the researchers succeeded in creating 18 qubits in the Greenberger-Horne-Zeilinger state, which is also a new record for this experimental approach.