Home / Physics and Astronomy / Initial repulsion does not rule out subsequent attraction
13.09.2019

Initial repulsion does not rule out subsequent attraction 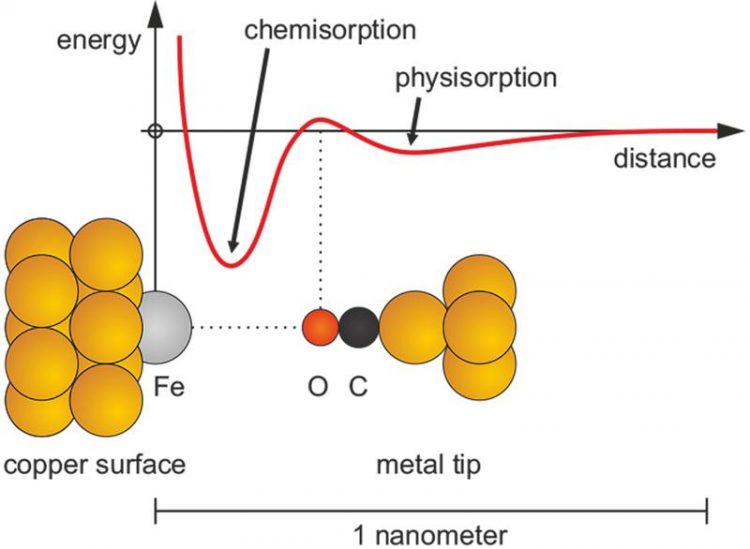 The Philosopher Arthur Schopenhauer formulated a metaphor called the porcupine dilemma, which explains a certain optimal distance between people. People feel alone at too large a spacing and uneasy at too close a proximity.

Schopenhauer explained the ideal spacing using the following parable: „A number of porcupines huddled together for warmth on a cold day in winter; but, as they began to prick one another with their quills, they were obliged to disperse. However the cold drove them together again, when just the same thing happened.

At last, after many turns of huddling and dispersing, they discovered that they would be best off by remaining at a little distance from one another. In the same way the need of society drives the human porcupines together, only to be mutually repelled by the many prickly and disagreeable qualities of their nature.“ [Wikipedia]

The Physics Nobel laureate Richard Feynman reported a similar phenomenon for the very basic building blocks of matter, the atoms. His three-volume textbook „The Feynman Lectures on Physics“ starts with the presumption that in the case of some cataclysmic event eroding all human knowledge, the following sentence would contain the most useful information about nature in the shortest form: “ …all things are made of atoms – little particles that move around in perpetual motion, attracting each other when they are a little distance apart, but repelling upon being squeezed into one another”. [Feynman Lectures on Physics, Vol. I, 1-2]

However, the nature of the interaction of atoms and molecules with surfaces is even more complex as was already found by the physicist Lenard-Jones back in 1932. In some cases, two modes of bonding can occur: a weak bonding, called physisorption and a strong bonding, called chemisorption. Physisorption makes dust stick to surfaces or allows geckos to walk on walls and ceilings without falling off. Chemisorption is ten to one hundred times stronger than physisorption.

The interplay between physisorption and chemisorption is crucial for the cleaning of exhaust gas in catalytic converters of cars and in industrial reactors that build basic chemicals by catalytic reactions. The two modes of adsorption are expressed by an energy curve that shows two minima. Those energy curves have been displayed in textbooks of physical chemistry and surface science for decades, although experimental access had been limited to the equilibrium points where physisorption and chemisorption occur.

A group of experimental physicists from the University of Regensburg (Ferdinand Huber, Julian Berwanger, Franz J. Giessibl) have been able to experimentally record the genesis of the energy curve that is involved in the transition from physisorption to chemisorption. They achieved this by attaching a CO molecule to the tip of an atomic force microscope and moving it towards a single iron atom that sits on a copper surface while recording the force that acted in the process.

The team included quantum chemists (Svitlana Polyesa, Sergiy Mankovsky, Hubert Ebert) from the Ludwig-Maximilians-Universitity Munich, who worked out the theoretical explanation. Overcoming the energetic barrier between physisorption and chemisorption requires a rearrangement of the electrons (hybridization) that make up the bonds as has been confirmed in the quantum chemical calculations.

Returning to Schopenhauer and human relationships, it is not unheard of that humans can also become highly attracted after overcoming possible initial repulsion.