Home / Physics and Astronomy / Evidence for a new property of quantum matter revealed
12.06.2018

Evidence for a new property of quantum matter revealed 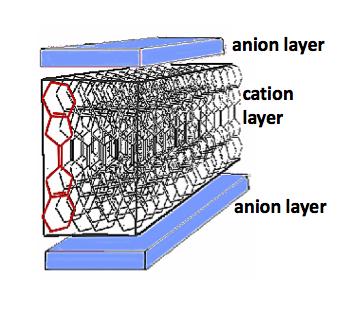 The structure of the crystal that was studied in the research; an individual molecule is highlighted in red. Credit: Institute for Quantum Matter/JHU

A theorized but never-before detected property of quantum matter has now been spotted in the lab, a team of scientists reports.

The team proved that a particular quantum material can demonstrate electrical dipole fluctuations – irregular oscillations of tiny charged poles on the material – even in extremely cold conditions, in the neighborhood of minus 450 degrees Fahrenheit.

The material, first synthesized 20 years ago, is called k-(BEDT-TTF)2Hg(SCN)2 Br. It is derived from organic compounds, but behaves like a metal.

“What we found with this particular quantum material is that, even at super-cold temperatures, electrical dipoles are still present and fluctuate according to the laws of quantum mechanics,” said Natalia Drichko, associate research professor in physics at the Johns Hopkins University.

“Usually, we think of quantum mechanics as a theory of small things, like atoms, but here we observe that the whole crystal is behaving quantum-mechanically,” said Drichko, senior author of a paper on the research published in the journal Science.

Classical physics describes most of the behavior of physical objects we see and experience in everyday life. In classical physics, objects freeze at extremely low temperatures, Drichko said. In quantum physics – science that has grown up primarily to describe the behavior of matter and energy at the atomic level and smaller – there is motion even at those frigid temperatures, Drichko said.

“That's one of the major differences between classical and quantum physics that condensed matter physicists are exploring,” she said.

An electrical dipole is a pair of equal but oppositely charged poles separated by some distance. Such dipoles can, for instance, allow a hair to “stick” to a comb through the exchange of static electricity: Tiny dipoles form on the edge of the comb and the edge of the hair.

Drichko's research team observed the new extreme-low-temperature electrical state of the quantum matter in Drichko's Raman spectroscopy lab, where the key work was done by graduate student Nora Hassan. Team members shined focused light on a small crystal of the material. Employing techniques from other disciplines, including chemistry and biology, they found proof of the dipole fluctuations.

The study was possible because of the team's home-built, custom-engineered spectrometer, which increased the sensitivity of the measurements 100 times.

The unique quantum effect the team found could potentially be used in quantum computing, a type of computing in which information is captured and stored in ways that take advantage of the quantum states of matter.

Drichko's lab is a part of Johns Hopkins' Institute for Quantum Matter. The U.S. Department of Energy (grant DE-FG02-08ER46544) funds the institute's research. Besides Drichko and Hassan, members of the research team for this study were from Johns Hopkins, the Georgia Institute of Technology, the Institute of Problems of Chemical Physics in Russia, the National Science Foundation and Argonne National Laboratory.