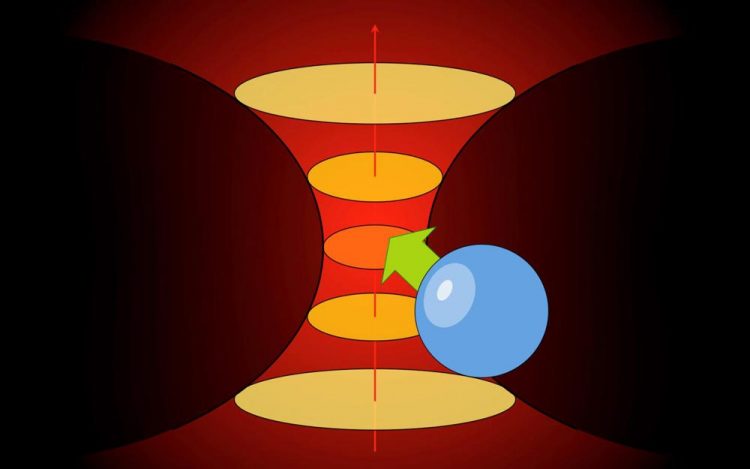 An optical tweezer is a focused laser beam that can trap particles. Previously, two different types of forces that emerge from this type of tool have been identified: gradient force (which means the particle goes against the intensity of the laser) and scattering force (where the particle is pushed towards the laser).

Giovanni Volpe and his team have discovered a third type of force in this realm, and a new way of constructing optical tweezers. These break-throughs are poised to greatly improve the study of single biological cells.

“With this method, as much as 100 times less light is needed, in some cases, compared to using a traditional optical tweezer,” Giovanni Volpe explains. “With less light, you cause less photo damage to the cell you are studying.”

This could be useful for studying any cell that is usually suspended in a solution – a blood cell or a yeast cell, for example – that a researcher would want to study over a long period of time.

“One of the main issues when using optical tweezers is that the light raises the temperature of the cell, which is damaging. A rise of 10 degrees might not be tolerable, but the rise of 0,1 degrees might be fine.

So using less light, and therefore limiting the rise in temperature, could make a huge difference. Experiments could be done in a more realistic manner in relation to the cell's natural life cycle,” says Giovanni Volpe.