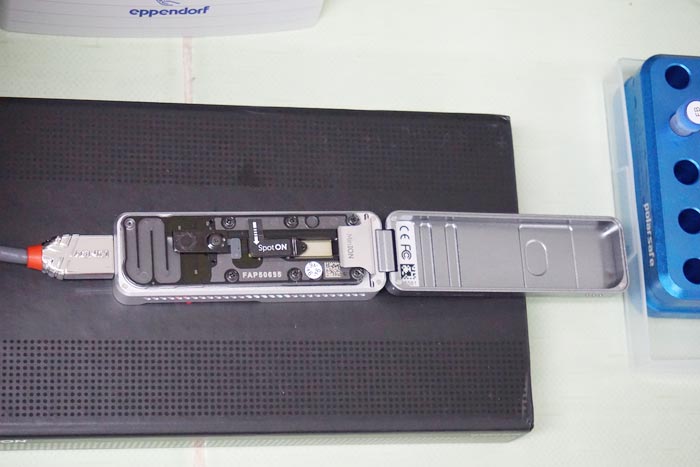 Genomic sequencing, rare in low-income countries, identifies and tracks variants of the virus that cause COVID-19. Variant tracking enables local governments and hospitals to make better-informed decisions to lower infections and deaths. Philippine Genome Center Mindanao (PGC Mindanao) has partnered with Accessible Genomics, a group of volunteering scientists from all around the world to implement a low start-up cost genomic sequencing platform for laboratories in developing countries. Ineke Knot from the Institute for Biodiversity and Ecosystem Dynamics (IBED) in Amsterdam has contributed with her knowledge of portable genomics devices.

According to Knot, PhD at the University of Amsterdam and one of the experts in the team, ‘genomic data can be used to identify and track variants of the virus, which helps scientists and government officials make better decisions about quarantine measures and vaccine administration.’ However, not all countries have access to the equipment, chemicals, and know-how to perform enough genomic sequencing to sufficiently track SARS-CoV-2 variants.

In May 2020, a group of students and scientists from across the world formed AccessibleGenomics.org in response to the pandemic. Most of them were from the field of portable genomics. The team then piloted SARS-CoV-2 sequencing in a representative lab from the Philippines which has complementary skills, facility, and experience on next generation sequencing, using recent advances in portable genomics technology. This partnership will serve as a learning experience for the local centre as it prepares to expand its omics facility and services in the region.

Currently, plans are underway to fast-track the expansion of genomic surveillance in the main regions of the country through the Department of Health and Department of Science and Technology, as well as other efforts by both the government and private sectors in the country.

The team had a hard time raising funds from traditional sources as they do not represent an institution, but they managed to secure a microgrant from Just One Giant Lab — an open science platform. They also received a donation of the reagents needed for sequencing from New England Biolabs, Inc. Scientists from all over the world also volunteered their time and expertise to train the Filipino team that did the sequencing.

Upscaling
The next step of the project is to replicate the initiative in other countries and help labs in other developing countries to get started in variant identification. The new funding from JOGL.io and the donations from the crowdfunding campaign will be used to purchase more sequencers and their accompanying chemicals for these labs.

Knot: ‘We founded AccessibleGenomics.org on the belief that all communities should have access to SARS-CoV-2 variant identification.’