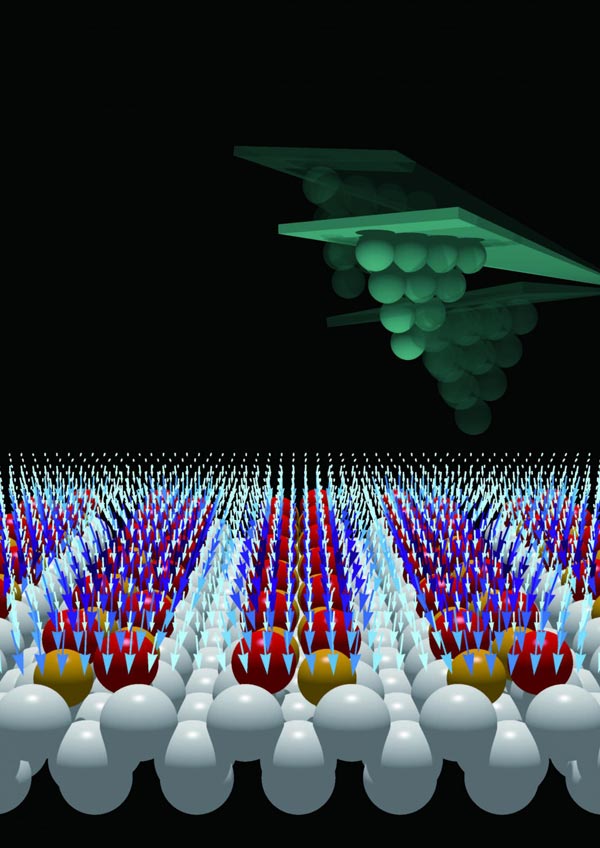 Atomic force microscopy (AFM) is an extremely sensitive technique that allows us to image materials and/or characterize their physical properties on the atomic scale by sensing the force above material surfaces using a precisely controlled tip. However, conventional AFM only provides the surface normal component of the force (the Z direction) and ignores the components parallel to the surface (the X and Y directions).

To fully characterize materials used in nanoscale devices, it is necessary to obtain information about parameters with directionality, such as electronic, magnetic, and elastic properties, in more than just the Z direction.

That is, it is desirable to measure these parameters in the X and Y directions parallel to the surface of a material as well. Measuring the distribution of such material parameters on the atomic scale will increase our understanding of chemical composition and reactions, surface morphology, molecular manipulation, and nanomachine operation.

A research group at Osaka University has recently developed an AFM-based approach called “bimodal AFM” to obtain information about material surfaces in the X, Y, and Z directions (that is, in three dimensions) on the subatomic scale.

The researchers measured the total force between an AFM tip and material surface in the X, Y, and Z directions using a germanium (Ge) surface as a substrate. Their collaborative partner, the Institute of Physics of the Slovak Academy of Sciences, contributed computer simulations of the tip-surface interactions. The bimodal AFM approach was recently reported in Nature Physics.

“A clean Ge(001) surface has alternately aligned anisotropic dimers, which are rotated by 90° across the step, meaning they show a two-domain structure,” explains first author Yoshitaka Naitoh. “We probed the force fields from each domain in the vertical direction by oscillating the AFM tip at the flexural resonance frequency and in the parallel direction by oscillating it at the torsional one.”

The team first expressed the force components as vectors, providing the vector distribution above the surface at the subatomic scale. The computer simulation supported the experimental results and shed light on the nature of chemical tip termination and morphology and, in particular, helped to clarify the outstanding questions regarding the tip-surface distances in the experiment.

“We measured the magnitude and direction of the force between the AFM tip and Ge surface on a subatomic scale in three dimensions,” says Naitoh. “Such measurements will aid understanding of the structure and chemical reactions of functionalized surfaces.”

The developed bimodal AFM approach will allow researchers to investigate the physical properties of materials in greater detail on the nanoscale, which should facilitate development of devices, nanotechnology, and friction/lubrication systems.