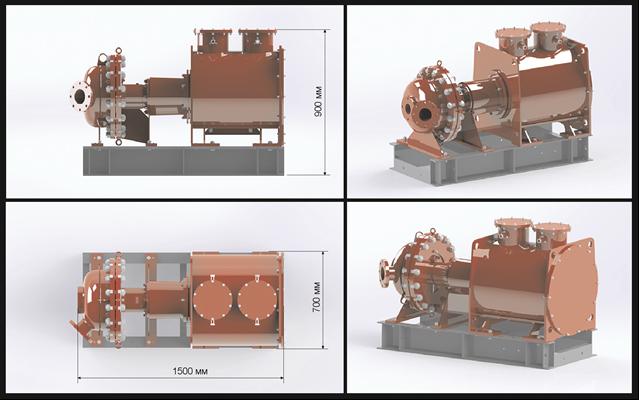 Widespread usage of this type of energy, called derived, may become a huge step towards sustainable energy.

The focus of the research is an expansion turbine, triggering significant pressure drop at a low volume flow of natural gas with an electrical power of 1 kW, manufactured by 3D printing of turbine's plastic parts.

Designed turbo expander electric generator converts part of the emitted energy into electrical power, thus reducing thermal pollution of the environment. Additionally, the derived energy, that previously would be wasted, can be used to generate electricity without any additional fuel.

The fundamentals of the research have been described in an article “A Low Emission Axial-Flow Turbine for the Utilization of Compressible Natural Gas Energy in the Gas Transport System of Russia” published in the International Journal of Environmental and Science Education.

The turbo expander electric generator is to be installed in 2017 in one of the suburbs of St. Petersburg.