Home / Life Sciences / Vitamin D and the Tropical Disease Leishmaniasis – New Findings on the Immune Defence of the Parasite
25.11.2019 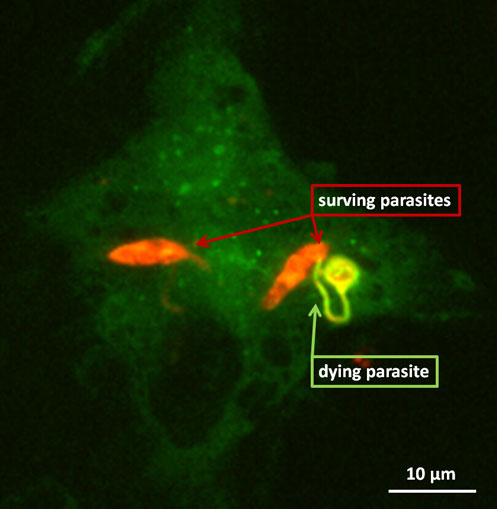 Leishmania are single-cell parasites transmitted by sandflies. They cause leishmaniasis, an infection that occurs above all in tropical areas, the Mediterranean, and Asia. However, sandflies are moving further and further north and, in the meantime, have also been found in Germany.

The type and degree of severity of leishmaniosis depends on the type of the parasite and the individual health status of the person affected. The infection can cause skin lesions, which, in healthy persons, normally heal.

The underlying mechanism of the human immune response contributing to this spontaneous healing process are so far not understood. Its elucidation will enable developing new treatments against this neglected disease.

So far, little is known about which processes take place during the defence of parasites by human macrophages. A group of researchers at the Paul-Ehrlich-Institut (PEI), Federal institute for Vaccines and Biomedicines, led by Prof. Dr. Ger van Zandbergen, head of Division Immunology, and Dr Peter Crauwels, in co-operation with researchers from Germany, Sweden, and Ethiopia have examined infected skin areas from Ethiopian patients.

In doing so, they found a variant of the human CAMP gene (increased mRNA expression). The CAMP gene encodes the so-called cathelicidin (LL37). Being a key molecule in immune defence, cathelicidin possesses antimicrobial properties effective against bacteria, viruses, fungi, and also parasites. Vitamin D indirectly stimulates the production of cathelicidin.

As the PEI research group found out, recombinant cathelicidin was able to induce cell death in leishmania, depending on its dose. The researchers were able to provide evidence that pro-inflammatory macrophages (hMDM1) formed cathelicidin to a greater extent through mechanisms of transcription and translation that occurred at the gene and protein level than did anti-inflammatory macrophages (hMDC22).

This increased cathelicidin production was caused by vitamin D by activation of the CAMP signal pathway, thus limiting the leihmania infection. On the other hand, more leishmania survived when cathelicidin was disabled in the hMDM1 macrophages.

The results of the studies on affected skin areas of infected patients and the in vitro findings described with human immune cells show that vitamin D mediated cathelicidin plays a significant role in the congenital immune response against the leishmanial parasite.

Vitamin D is formed in the skin during exposure to sun light, i.e. exposure of the skin areas affected to sun light may have a favourable effect on the healing process. This would have to be verified in further studies.

https://www.pei.de/EN/newsroom/press-releases/year/2019/23-vitamin-d-and-leishma… – This press release on the Website of the Paul-Ehrlich-Institut