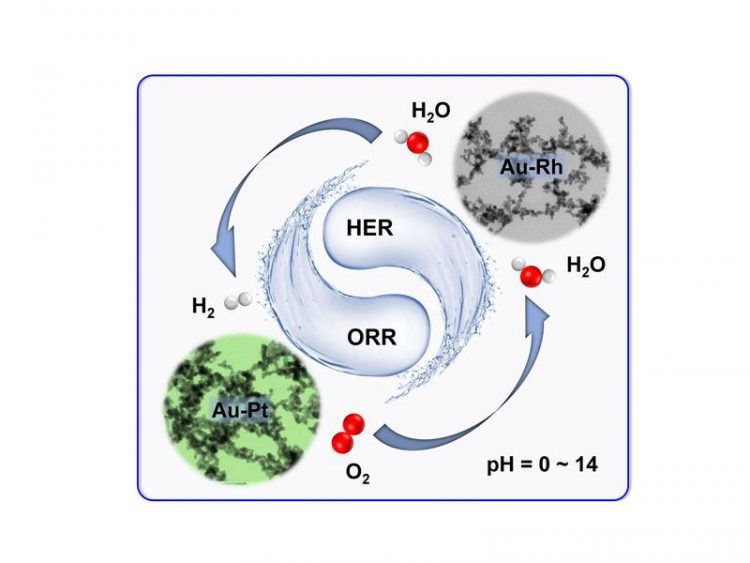 Noble metal aerogels (NMAs) emerge as a new class of outstanding electrocatalysts due to the combined feature of metals and aerogels. However, limited by the available compositions, the explored electrocatalytic reactions on NMAs are highly restricted and certain important electrochemical processes have not been investigated.

Ran Du from China is a Alexander von Humboldt research fellow working as postdoc in the physical chemistry group of Professor Alexander Eychmüller at TU Dresden since 2017.

These findings largely span the application territory of NMAs for fuel cells, green hydrogen production and many more. The work was published in the renowned journal Advanced Energy Materials.

By adopting a strong salting-out agent (i.e. ammonium fluoride (NH4F)) as an initiator to trigger gelation, the composition of the as-obtained noble metal aerogels (NMAs) was extended to various bi- and trimetallic systems. Subsequently Ran Du and his team manipulated the chemical composition, and thus expanding the application territory of NMAs to pH-universal ORR electrocatalysis, HER electrocatalysis, and electrochemical water splitting.

Notably, the Au-Rh aerogel and Au-Pt aerogel manifested extraordinary pH-universal performance for HER and ORR electrocatalysis, respectively, both of which considerably outperform commercial Pt/C (platinum on carbon) in wide pH environments.

“Further research directions may be placed on morphology-controlled NMA synthesis, and the establishment of the correlations between the structural features of NMAs and their electrocatalytic properties,” assumes chemist Ran Du.