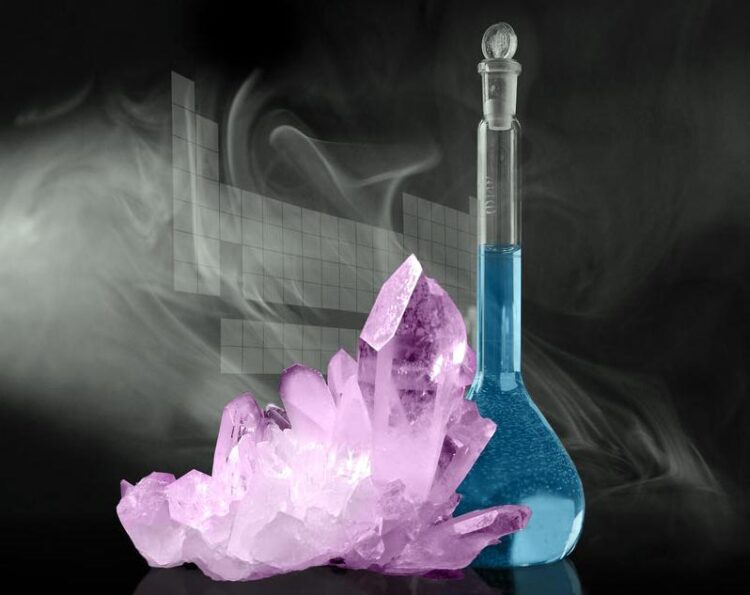 In the 1860s, the chemists, Lothar Meyer and Dmitri Mendeleev, independently presented the first periodic system. Since then, the well-known tabular arrangement of the elements has been the guiding principle of chemistry. A team of researchers from the Max Planck Institute for Mathematics in the Sciences and the Interdisciplinary Center for Bioinformatics at the University of Leipzig provides computational approaches based on extensive data sets from the Reaxys chemistry database that explain the development of the first periodic systems. Their results are relevant for both the history of science and the future expansion of chemical knowledge.

In a recently published article in the “Proceedings of the National Academy of Sciences” (PNAS), the scientists look back to the beginnings of the periodic system, whose structure is characterized by similarity and order relationships among the elements. Periodic tables arose from the knowledge of the existing or potentially possible chemical elements and compounds known at that time. The total combination of these two components forms the so-called chemical space. Order relationships were initially set up based on atomic weights and similarities in terms of commonality in chemical composition. As knowledge of chemical substances grew throughout the history of science, so did potentially possible periodic systems, influenced by the state of the chemical space of the time. “We were attracted by the question of how the expansion of chemical space contributed to the formation of the first periodic systems. Little was known about that. So, we investigated in particular the chemical space between 1800 and 1869 to discover how well the periodic table corresponds to the chemical data at the time of its formulation”, Guillermo Restrepo, Project leader at the Max Planck Institute for Mathematics in the Sciences describes the research team’s objective.

Their analysis of the knowledge of chemical space revealed, that the periodic table of chemical elements converged to a clearly visible basic structure as early as the 1840s, and was thus already encoded in space about two and a half decades before its formulation.

The first quarter of the 19th century was characterized by a rapid discovery of chemical elements and their compounds, leading to an unstable period with a wide variety of periodic tables, only few of which stood the test of time. In 1826, the discovery of elements slowed down, allowing chemists to further explore the properties of known substances and discover compounds that had new valences and thus new similarities among known chemical elements. These discoveries persisted for years and provided consolidation of the chemical space and thus fairly stable periodic systems. Between 1835 and 1845, the system continued to approach its basic structure, which was finally revealed in the 1860s.

Wilmer Leal, doctoral student at the Max Planck Institute and the University of Leipzig, describes the essential role of organic chemistry in the formulation of the periodic system: “The rise of organic chemistry in the 1830s played a key role in facilitating the recognition of similarities between elements that are massively represented in chemical space, such as oxygen, hydrogen, carbon, nitrogen, and sulfur, and between metals often associated to organic compounds, such as sodium, potassium, palladium, platinum, barium, and calcium. At the same time, the plethora of organic compounds obscured the identification of similarities between metals which are poorly represented in organic space.”

Regarding the periodic systems of Lothar Meyer and Dmitri Mendeleev, both chemists could already rely on a mature chemical space and a quite stable set of atomic weights at that time. The systems they formulated were thus largely consistent with other periodic systems that would have been possible at the time, according to the computational analysis.

Analyzing the various periodic systems formulated over time, the scientists revealed that their structure was determined mainly by the similarities between the chemical elements and less by their order based on atomic weights. “Gauging these similarities was the hardest part for us, and the results were quite surprising. It was previously assumed that periodic systems could only be formulated if a stable system of atomic weights was given. However, we were able to demonstrate that even the unstable weights reported before 1860 produced quite stable periodic systems” says Peter Stadler, Professor at the Interdisciplinary Center for Bioinformatics at the University of Leipzig.

The method presented in the paper to formulate a periodic system for a given chemical space is not limited to the past but can also be applied to all possible environments, such as the study of chemical spaces generated under extreme pressure and temperature conditions. The implementation of this method could provide a comprehensive picture of chemistry in real-time, which would also have implications for teaching and the future of the field. Although their approach is more computational than historical, the scientists hope it can complement other tools in the history of chemistry and contribute to the advancement of chemical knowledge.

https://keeper.mpdl.mpg.de/d/2284ca87fd124ea9823f/ The algorithm presented in this paper for the formulation of a periodic system based on a given chemical space is freely available.
https://mchem.bioinf.uni-leipzig.de/1868/main.html The scientists also created an interactive platform for exploring the chemical space between 1800 and 1869, on which the historical development and derivation of various periodic systems can be traced in great detail.